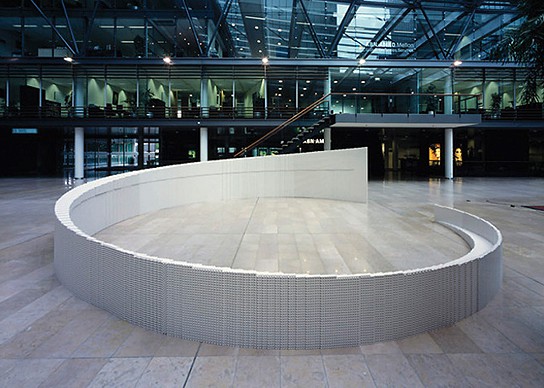 when i did the 3,000+ pieces LEGO Star Wars Imperial Star Destroyer, i’d thought it was a massive piece but that was probably nothing compared to Lene Rønsholt Wille immense circular wall structure entitled “Metaphorical Horizons“. it took Denmark-based Lene Rønsholt Wille six weeks to complete this 270,000 white LEGO bricks structure at the Central Hall of World Trade Centre in Amsterdam. the “Metaphorical Horizons” is part of Lene graduation project which is also sponsored by LEGO Company.
[ad#Google Adsense-text-468×60]

this is definitely no mean feat and if you ever did that, i suppose you will qualify yourself as a LEGO artist. check out a few images of this great wall of LEGO after the break or view Lene’s “Metaphorical Horizons” brick by brick construction here.