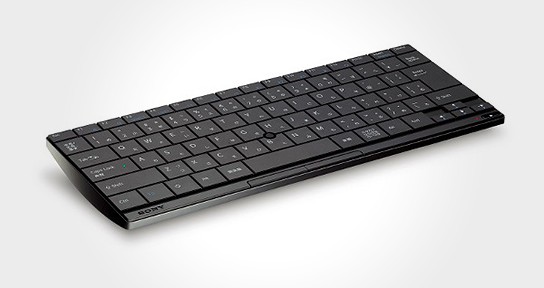 why is it that Japan is always getting the good and sometimes, wacky stuff but we don’t? case in point: spotted on a report on Engadget is this official Playstation 3 Bluetooth keyboard. one look at the image you will know it is Japan-only product (well, at least for now) as the keyboard sports Japanese characters. in anyway, we all know how a Bluetooth keyboard looks like, so there’s no need for any formal introduction.
[ad#playasia-2]

however, there are a couple of features that worthy of mention. instead of coupling it with a trackpad, Sony has chose to use a la-Thinkpad nub. personally, i am not a fan of that nubby thing but it should do just fine if no major fiddling with the onscreen pointer is required. the keyboard also features a ‘PS’ button for turning on and off the console, just like any PS3 controller. the Sony Playstation 3 Bluetooth Keyboard will be available in Japan for ¥5,000 (about US$62) from June 30. as usual, no word on whether it will be available to the rest of the world. 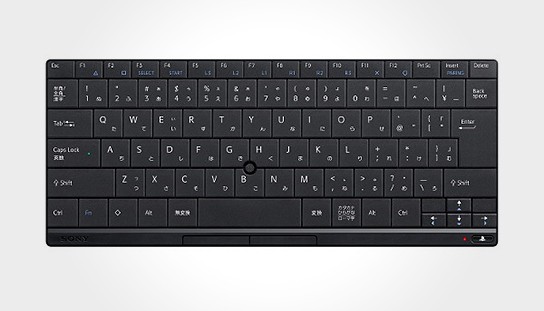