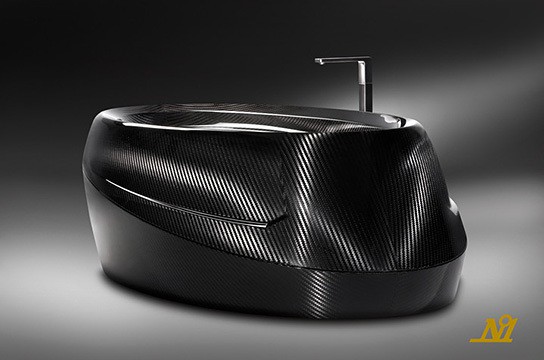 why am i asking this question? because, there exist a bathtub that is crafted out from carbon-fiber material and it is not just any carbon fiber material but the best that its maker, Germany-based Corcel, can find. the firm described it as “an object of desire offering clean lines, generous space and distinctive character. magical attraction not only for your eye.” i won’t argue with that because i was totally drawn to it despite it (the bathtub) breaks the tradition of bathtub making by using a material that is predominately used in the automotive industry. there’s an unexplainable aura about this black thing that holds 330-liters of liquid – it feels sophisticated and at the same time it has a dark sinister feel about it. i don’t know, i can’t make anything out of it. simply put, i just can’t take my eyes off it, yet i don’t know why.
[ad#Google Adsense-text-468×60]

it not just a bathtub. its angular yet aerodynamic form makes it feels like a very racy bathtub. yes, a racy bathtub but why? perhaps, race icons like Sebastian Vettel should have one it his men’s room. it took the Corcel team seven months of love to conjure up this black beauty and the good news is, it is available for man folks to call it their own. though we have no idea how much it would cost but it is after all, an enormous carbon fiber object, so it is safe to say that it won’t be remotely near cheap and the fact that only 51-pieces of these fine examples are available, further strengthen that notion. definitely not for the faint of heart and one for those man folks who has a bank account that’s bursting with cash. a couple more look at the Corcel N°1 Carbon Fiber Bathtub after the break.

NOW READ  Kohler Wants Bathroom To Be Touchless, Including The Toilet And Faucet 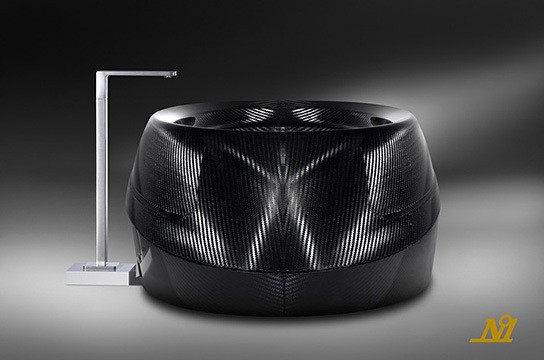 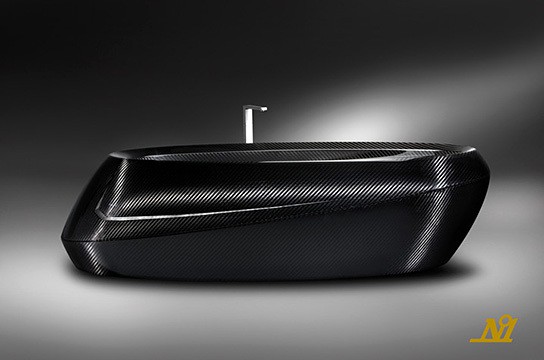