sometimes, for the sake of efficiency we have to take a step back in terms of technology. not everything that’s sleek, mean and shiny can be as efficient. this is exactly what the U.S. Air Force has realized with the operations in Afghanistan. USAF uses the A10 to provide battlefield surveillance and close air support to friendly troops which means expending valuable flying hours in an airspace that’s predominantly uncontested. so the idea is to use an aircraft that has the same capability but with a lower cost of operation. the answer is a modern day turboprop trainer aircraft that has an uncanny resemblance to a World War II fighter aircraft.
[ad#Google Adsense-text-468×60]

developed with support from Lockheed Martin, Hawker Beechcraft worked with the Air National Guard Air force reserve Command Test Center and other industry partners to convert two Hawker Beechcraft T-6 Texan trainers into a sophisticated surveillance and light attack aircraft, dubbed the AT-6. despite its ‘vintage’ look, the AT-6 now harness the precision engagement mission systems of the A10C Thunderbolt II, together with a host of upgrades such as mission computers, situation awareness data links, helmet-mounted cueing technology, thus equipping it with state-of-the-art surveillance and attack capability. avionics aside, the AT-6 now sports a more powerful 1600 Shaft Horsepower Pratt and Whitney PT6A-68D engine and is structurally strengthen to cope with the demand of combat situations.

Lockheed Martin and Hawker Beechcraft are marketing the AT-6 as the world’s premiere turboprop surveillance and light attack aircraft to the U.S. and around the world. the AT-6 may not be as sophisticated as one would have expected in today’s context but it’s a perfect example of maximizing of resources and a living proof that you don’t need to spend extravagant amount for every situations. besides, we think the AT-6 looks pretty cool, even though it may not be as fast but its smaller size would have the advantage of maneuverability. 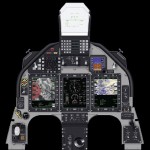 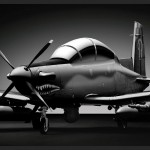 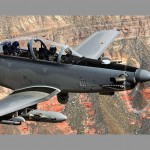