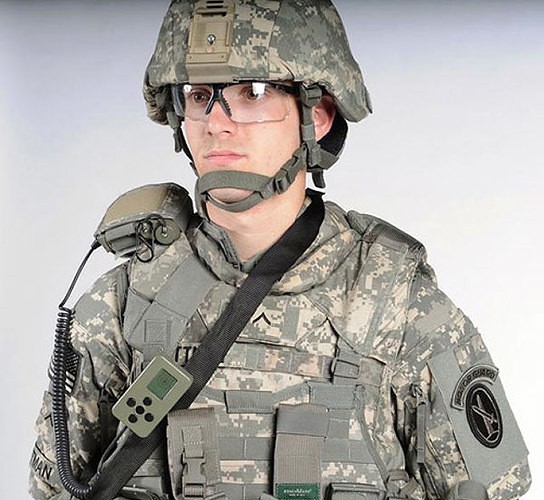 (image credit: PEO Soldier) a soldier demonstrating how the IGT is wore

gunshot detector isn’t a new news. for the uninitiated, the gunshot detector is a device that determines the direction and distance of a gunfire which enable soldiers to react to the threat, such as taking cover and countering the attack. this technology has been in the making for years now and it has evolved into a package small enough to be on a soldier on the move. dubbed the Individual Gunshot Detector (IGT), this nifty gadget has four acoustic sensors to ‘hear’ where the gunshot was fired and an accompanying LCD screen displays the distance and direction of the incoming shot.

the first of the 13,000 IGTs will be sent to Afghanistan and according to Lt. Col. Chris Schneider “over the next 12 months, the Army plans to field up to 1,500 IGDs per month.” well, anything that can save a life and possibly win a war is always cool. though, not being in actual battle situation myself but the experience i had in a simulated battle situation allows me to appreciate the use of such a gadget. it is certainly frustrating and potentially life-threatening, not being able to know where the shots were from, not to mention wasting of precious ammunitions shooting at nothing.