the advantage of Android-powered camera is obvious to sharing fanatics, though its true benefit, well if you can even call them benefit, is the ability to shoot with apps, edit the photos and videos right there and then before, well, sharing them. despite the ‘alternative benefits’ the market remains skeptical and perhaps that is why until today, only Samsung and Nikon dares to continue charting this unproven ground. speaking of which, the Nikon COOLPIX S810c is the follow up to the firm’s first Android camera introduced back 2012, but unlike its predecessor, this one touts a slightly newer Android 4.2.2 OS, albeit not the newest of new. but with practically only one competition to wrestle with, i guess Nikon didn’t feel the need to go to the far end of the universe for the S810c. 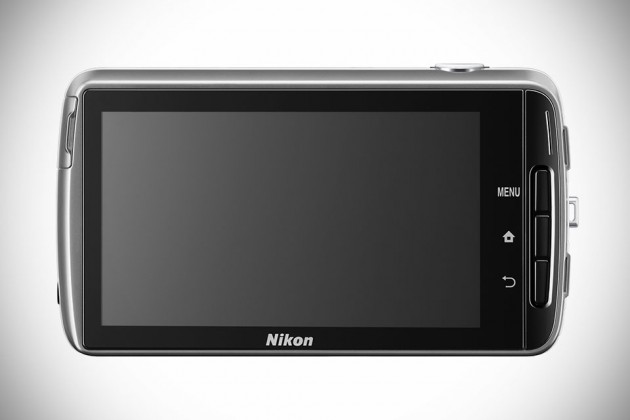 still, the hard specs aren’t all too shabby with the imaging department boasting a 16MP BSI CMOS sensor, 12x zoom f3.3-6.3 lens, and a large 3.7-inch touch display, touting 1.2-million-dot-resolution. being Android-powered, you can choose to shoot with the official camera app, or with a myriad of third party camera apps, and you most certainly can edit with whatever tools you fancy and basically, share them to whatever site you want – all from the device, as long as there is wireless network available or through your smartphone’s connectivity. there is also built-in GPS to facilitate geotagging and stuff, as well as a headphone jack for previewing your video audio quality or simply using this camera as a media player. the Nikon COOLPIX S810c Android camera is expected to be available in early May in a choice of black or white for $349.95.