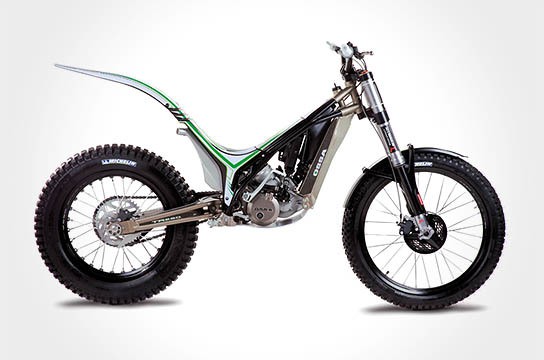 because it is a trial bike, therefore it is lacking of a seat (you don’t need one, really) but that doesn’t matter cos’ the OSSA TR 280i Trial Bike is looking pretty awesome and it will do the job anyway. this two-wheels off-roader is powered by a liquid-cooled 272.2 cc two-stroke single cylinder engine, mated to a six-speed gear box and thanks to its electronic fuel injection system, the engineers are able to redistribute the various components to a more sensible locations without the need to conform to traditional parts positioning like carburetor engines do.
[ad#Google Adsense-text-468×60]

other features include easily accessible filter box, disc brakes (front and rear) and inverted forks for better force distribution on impact. though first unveiled last year, there is still no date for when it will go on sale or how much it will cost but being a Spain-based firm, European market will have a better chance in getting this beauty than the rest of the world when it eventually launches. hit the jump and check out a video clip of the OSSA TR 280i in action. 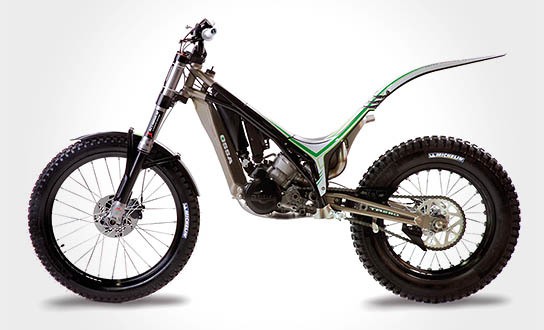