Transversing across thick powdered plains on a snowmobile is awesome, but alas, that awesomeness is limited to two person, tops, which means a family of four would have to forgo the fun. However, that won’t have to be the case if you have the Snowcoach by Equinox. Snowcoach is, as its name implies, a coach made for the snow (but not something Elsa would travel in, really), which also means it comes complete with an enclosed cabin to keep direct freezing cold away from its occupants and has high performance gas shock suspension to smooth out the ride (with skis, of course). Its futuristic shell is made from polyethylene and boasts windows so that your occupants, or in this case, your kids, will not have to sacrifice breathtaking view (if any) for creature comfort. 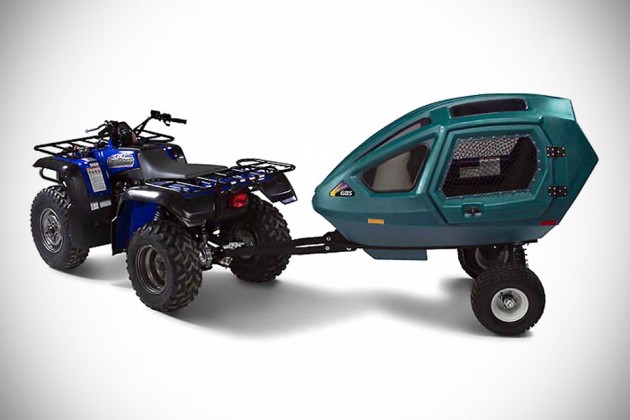 It promised a roomy interior with seatbelts-equipped seats for two and is designed to be towed by a snowmobile or ATV. Other mentions include a one-piece limited rotational hitch, body reflectors, brake/running lights and has a maximum capacity of 350 lbs (158.7 kg). Well, not a lot in terms of ‘payload’, but it could at least fit a small adults, along with a child. Available in a choice of colors, as well as several options for personalizing it to your need and preference. Now. Whoever says getting married and having kids would end your snow adventure? Well, of course not, but provided you don’t have more than two kids. Isn’t great that the whole family could be out together in wild white plains, snooping out big foot? But before that can happen, you gotta have the dough and in this case, you’re expected to hand over at least $2,000 for one of these. 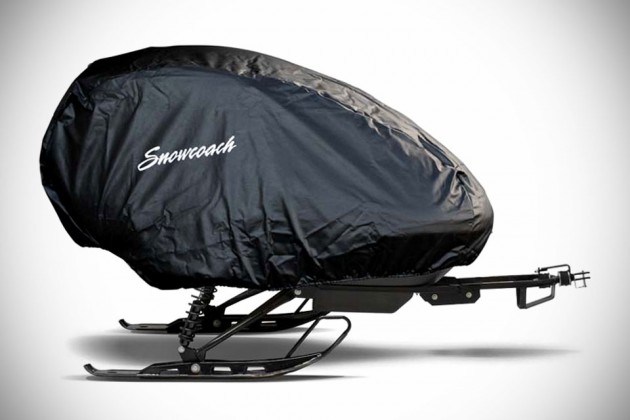 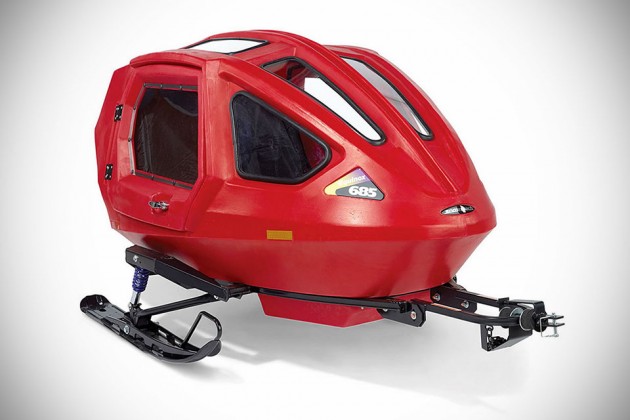 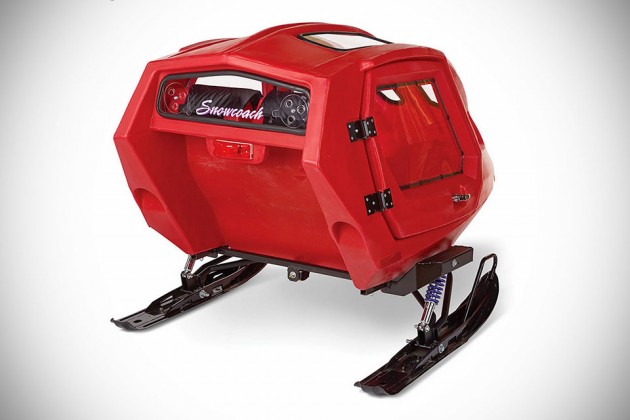 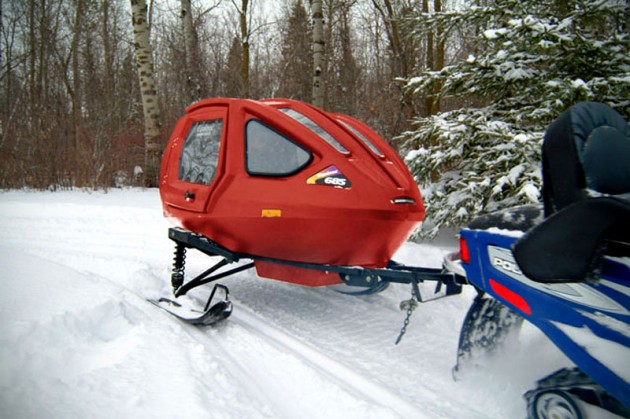 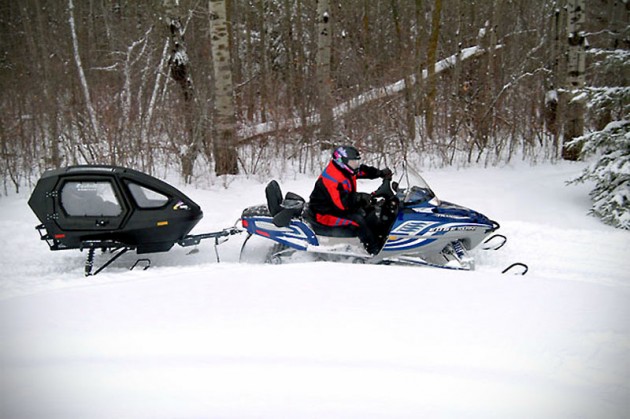