Remember the giant puppetry troupe La Machine? Well, this one here called Ocho the Octopus by British artist and puppeteer Tim Davies is somewhat similar, but it is a lot smaller because, it is an one-man-operation puppet. It is inflatable for obvious reasons. Like because, the entire contraption has to go onto Davies so it can’t be awfully heavy and hence, having it filled with air makes sense since it will be significantly lighter and also, being inflatable allows the tentacles to flex in a natural manner as well as making it safe for close contact with the crowd.

Speaking of tentacles, it has eight of them (like obviously…), each independently controllable to curl and sway, mimicking the nimble and fluid movements of an octopoda. While it is one-man-operation, Ocho the Octopus is not exactly small, small; it is actually quite enormous, measuring 7 meters (about 23 feet) across and 4 meters (13 feet) tall. I think it will make for a great Halloween costume, except that Davies is probably not going to do that. But if you are in the UK, you can book Ocho the Octopus for a performance after its official launch on September 15.

Skip ahead for a couple of videos of Ocho the Octopus doing its things. As always, you don’t want to miss the videos because, they are incredibly fun to watch. 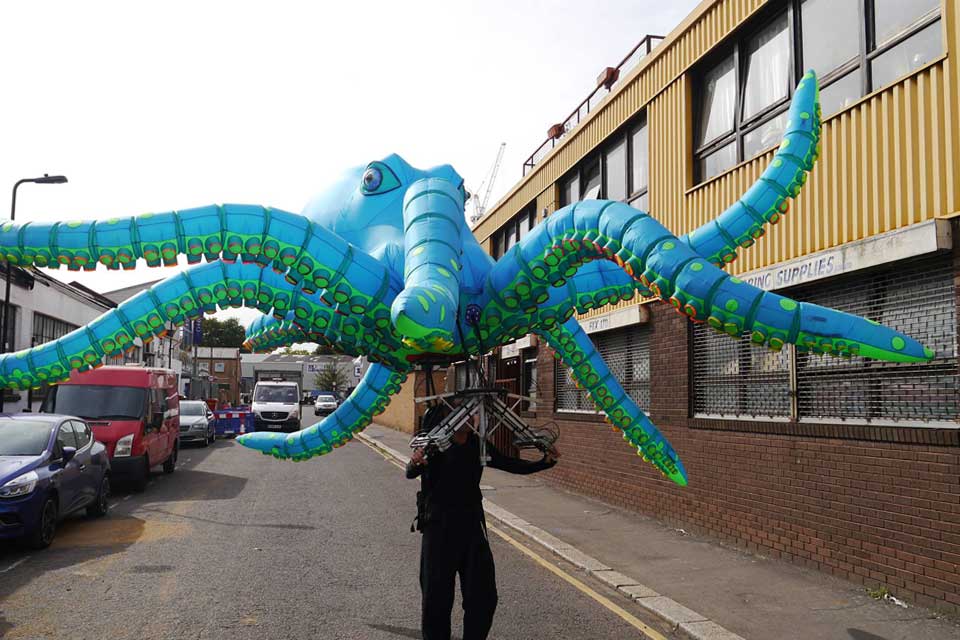 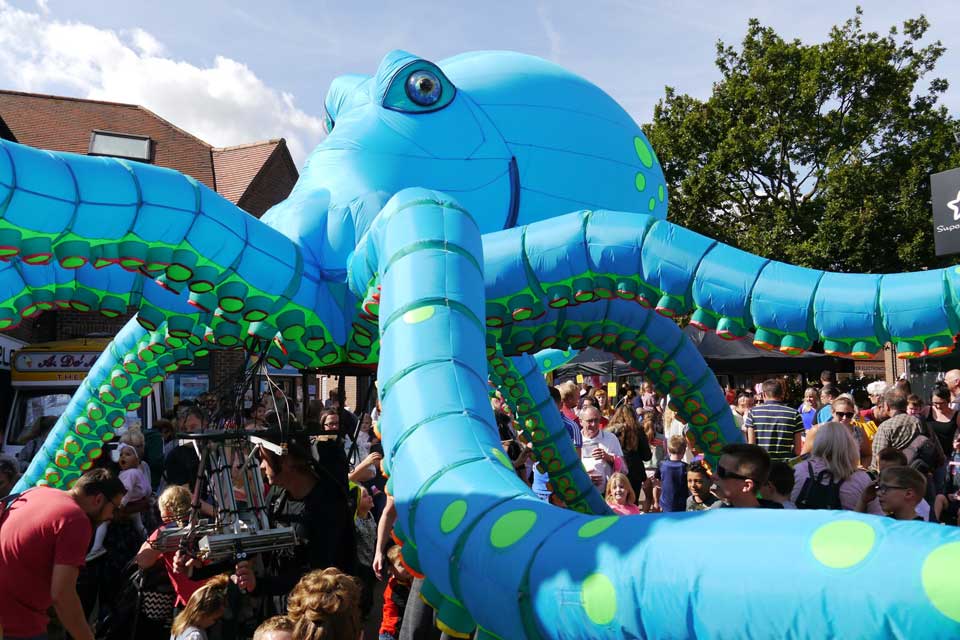 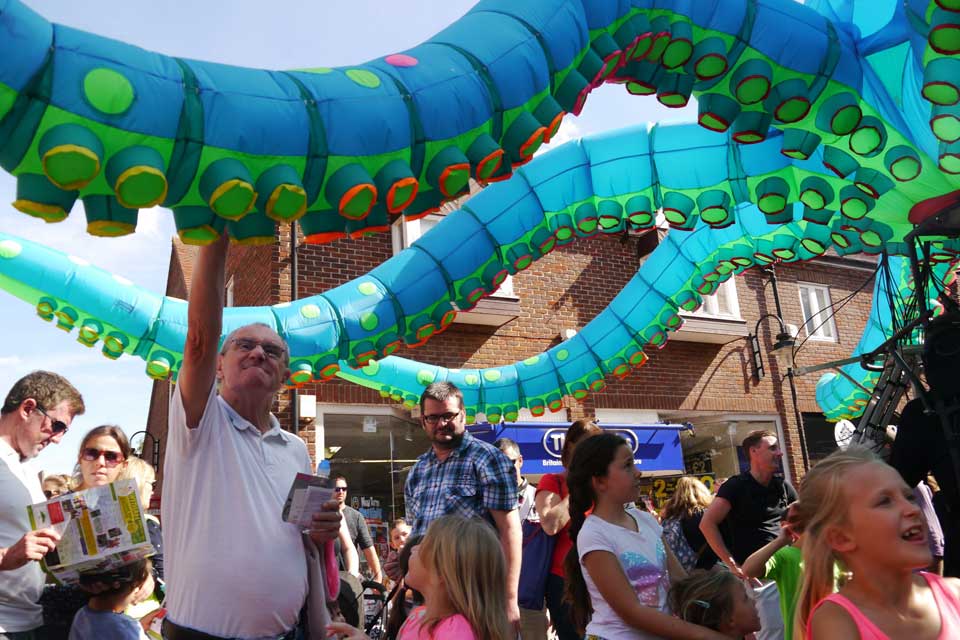 NOW READ  We Are Melon: Awesome Venom Bust Carved Out Of Watermelon