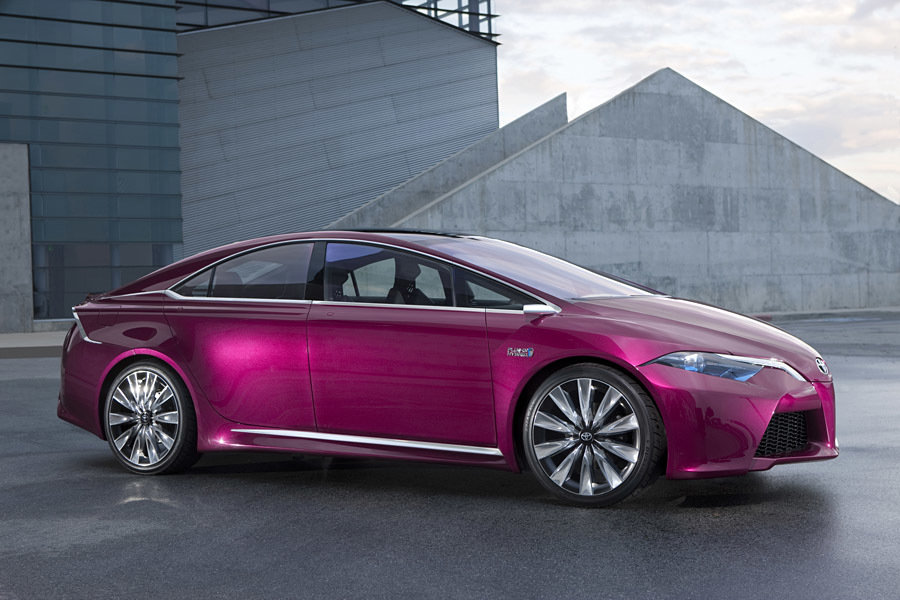 before fully electric automobiles are a reality or commonplace, plug-in hybrids present a perfect solution in reducing fuel consumption and reducing one’s carbon footprint. well, at least that’s what Toyota is telling us with its Toyota NS4 Plug-in Hybrid Concept. it is a plug-in hybrid that is laden with future technology applied to its locomotion, comfort and safety department. to be honest, we didn’t look further than its aesthetic to start with cos’ we were totally captivated by the NS4 low height, its steeply raked windshield and it aggressive front end styling. some of the key features of the NS4 include advanced powertrain, wing-like daytime running lights, slim A-pillars for improved driver visibility, powered swan-wing doors, transparent solar roof panel, multitouch Human-Machine Interface, Adaptive Driving Beam and next generation Pre-Collision System (PCS). the latter includes lane departure detection, rear-end and pedestrian collision avoidance technologies. these technologies developed for the NS4 concept will eventually trickle down to future Toyota cars. that said, it does not mean that the NS4 is a concept that be covered in dust but we might well be seeing a car with these technologies sometime in 2015. we know that date is quite a distant away and many things could have changed between now and then, so why not savor on what Toyota has imagined up with a few more images and a video after the break?