as much as we adore the idea of a Dune Beetle (the car, not the insect, btw), nothing speaks like one that’s rally-prepped – like this Volkswagen Rallycross Beetle. unveiled at the 2014 Chicago Auto Show, the Volkswagen Rallycross Beetle is Volkswagen’s newest machine for the Rallycross after the modified Polo rally cars that have won the World Rally Championship for drivers and manufacturers in 2013. the German automaker partners with Andretti Autosport to form the Volkswagen Andretti Rallycross (VARX) team and will be running two cars for drivers Tanner Foust and Scott Speed (and if you haven’t heard, there is quite a bit of buzz about these two folks lately).

for starter, the team will be running Polos prepped for the Red Bull Global Rallycross Series, but will subsequently transit to the Volkswagen Rallycross Beetle, or more appropriately called the GRC Beetle, during the season. the GRC Beetle is a dirt-kicking beast, putting out 560 horsepower from its turbocharged, direct-injection EA888 TSI engine and it is of course, all-wheel drive. if the third generation VW Beetle hasn’t catches on with you yet (it has been a while already, isn’t it?), perhaps this beefed up example for the GRC should generate some interests and also shows that the Beetle is no ladies’ car, but on more serious note, it also showcases the (very) potent side of the TSI engine. a couple more looks after the break. 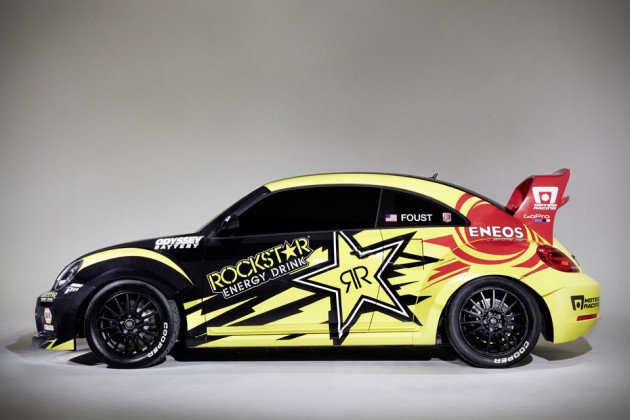 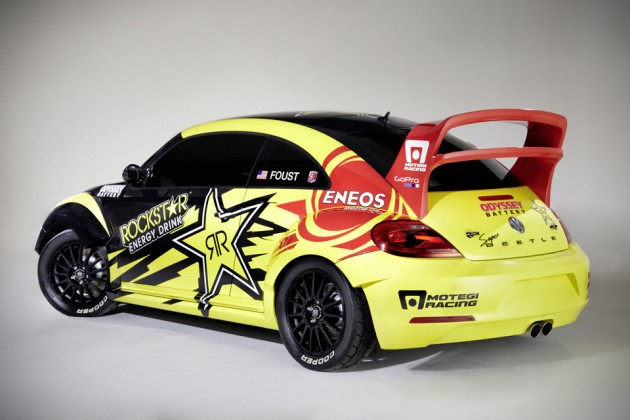