While Japanese automakers are reining in horsepower to focus of efficiency, its American counterparts are doing the opposite. Dodge is one of the U.S. automakers that is holding up the horsepower torch high and the 2019 Dodge Challenger SRT Hellcat Redeye is one of the torchbearers. Described as “demon-possessed,” the 2019 Dodge Challenger SRT Hellcat Redeye is proclaimed as the most powerful, quickest and fastest muscle car. 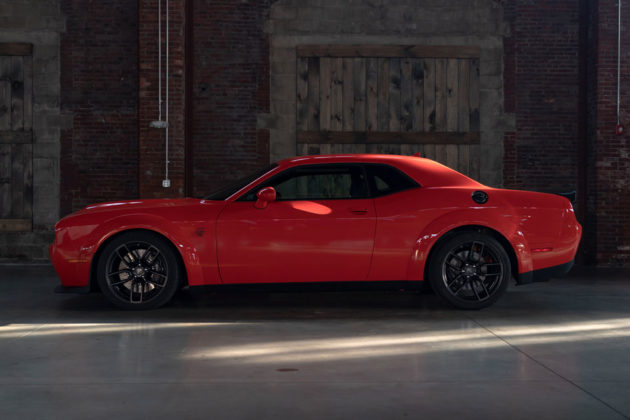 And just how fast and powerful are we talking about? Well, you are looking at a superlative 797 horses and 707 lb-ft of torque from its 6.2L HEMI V8 unit and a 0-60 sprint in mere 3.4 seconds. It is also the fastest grand touring (GT) production car that makes the quarter mile run in 10.8 seconds, topping 131 miles an hour. It could hit 203 mph if you press on. The non-Redeye is no slouch either; the SRT Hellcat has 717 horses and 656 lb-ft of torque. 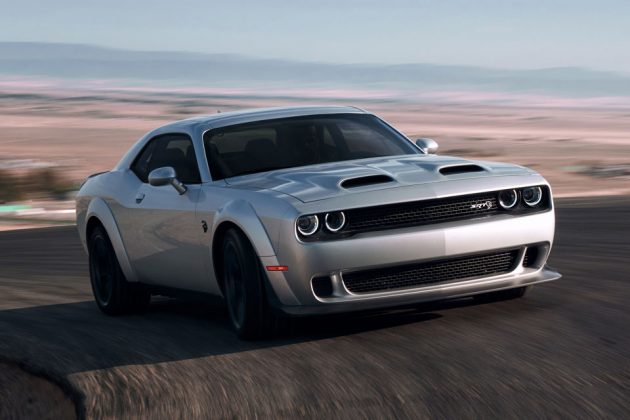 The design is quite rudimentary, TBH, but it does get a new fully functional dual-snorkel hood that pays homage to the most iconic of muscle cars like the 1970 Dart Swinger and 1971 Demon. The 2019 Dodge Challenger SRT Hellcat is further offered with the options of R/T Scat Pack Widebody, featuring the same fender flares as seen in the SRT Hellcat Widebody and 20×11-inch forged “Devil’s Rim” aluminum wheels wrapped in sticky 305/35ZR20 Pirelli rubbers. 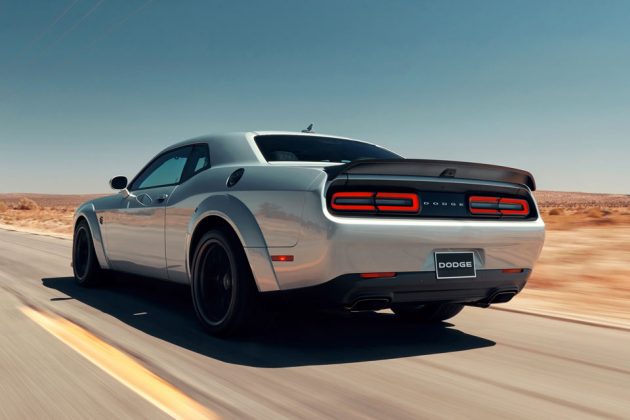 Aside from the obvious horsepower and torque difference, the Redeye also gets distinctive new badging, including a sinister red eye featured on the Hellcat fender badges, instrument panel, key fobs, and supercharger housing, while the performance interior gets a new 220-mph red speedometer and a Redeye logo splash screen. 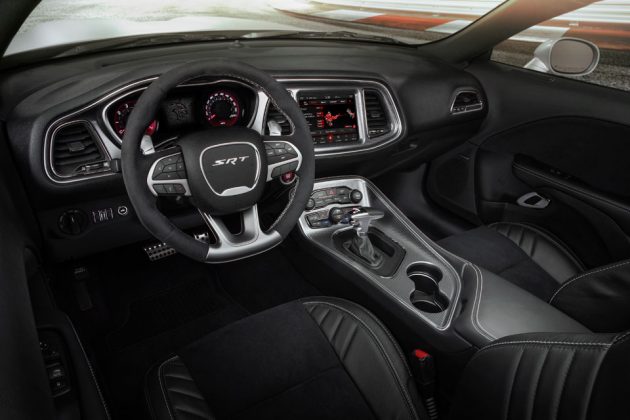