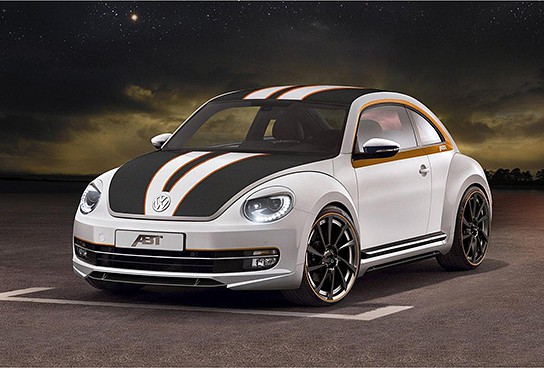 the 2012 Volkswagen Beetle has yet to hit the dealers, but premier German tuner ABT Sportsline is already the first in line to have big plans laid out for it. the upcoming Beetle is looking sportier than its predecessor but ABT wants it to be even more sportier both in the looks department, as well as its performance numbers. plans include full aero kits, huge 19-inch wheels along with tuned suspension and extensive engine mods that will grant the stock Beetle significant increase in power output. as such ABT expects the 1.2-liter TSI standard 105-horses will be increased to around 140-horses (103-kW), while the 1.4 TSI to around 210-hp (154-kW). the 2.0-liter turbo variant original 200-hp is expected to see a gain between 30-40 horses. the diesel versions will not be left out either. it will also see a significant 20-30 hp increase across its range. another look of the renderings of the ABT-VW Beetle after the break.
[ad#Google Adsense-text-468×60] 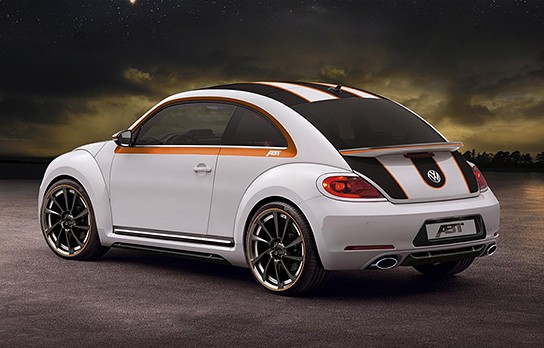