An aircraft can go anywhere, but you can’t say the same for a car – even for an exotic, super fast car like the Lamborghini Aventador SV Roadster. However, that’s only partially true if we are talking about the “run-of-the-mill” Aventador, not if you have the so-called Lamborghini Lovers “Ultimate SV Package,” currently on sale on James Edition. With the Lamborghini Lovers “Ultimate SV Package,” you’d be bagging yourself a highly customized 2016 Lamborghini Aventador SV Roadster that only has 700 miles (1,127 kilometers) on the clock and in special order color of Verde Singh, but you will also be scoring a matching color and coordinated trim 2017 Marine Technologies “Mei” 52’ G6 speedboat, so your need for speed can continue even when the land ends. 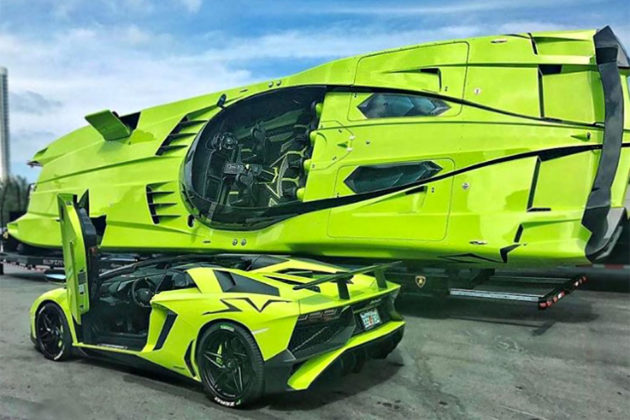 According to listing, over two years were taken and more than $2.35 million were dropped to realize this pair of matching speed demons, with the land-going beast getting a boatload of customization including a full carbon fiber package, a Nero Cosmos Alcantara interior, custom made PUR Center lock wheels, Kreissieg exhaust with remote control muffler option – just to name a few. The sea-faring speed demon, on the other hand, boasts a 25 grand stereo system with fusion headset, focal speakers and amps, along with myriad of customization that matches the Aventador including matching Alcantara upholstery and carbon fiber trims, Lamborghini OEM carbon fiber for power side mirrors, functional Lamborghini headlights and tail lights – also, just to pick out a few. 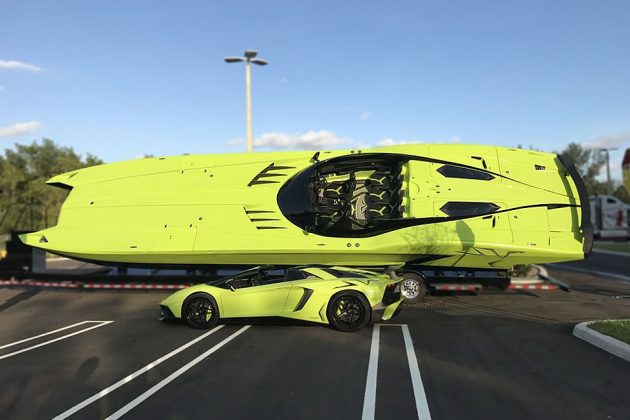 While the boat is obviously customized to be the Lamborghini of the sea, it unfortunately does not run on Lamborghini’s marine motors. Instead, this speedster of the sea which is capable of reaching 180 miles an hour (156 knots!) is powered two Mercury Racing engines, kicking out cool 1,350 and 1,550 horsepower. The list of features the duo possessed are indeed very extensive and it very well should be, after all, this package has an asking price of $2,199,00, or thereabout.

Check out the video after the break to learn more. 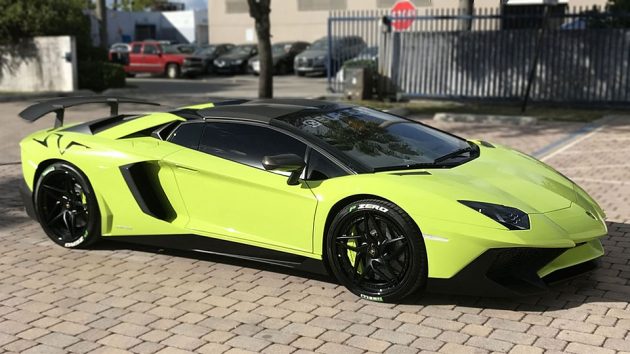 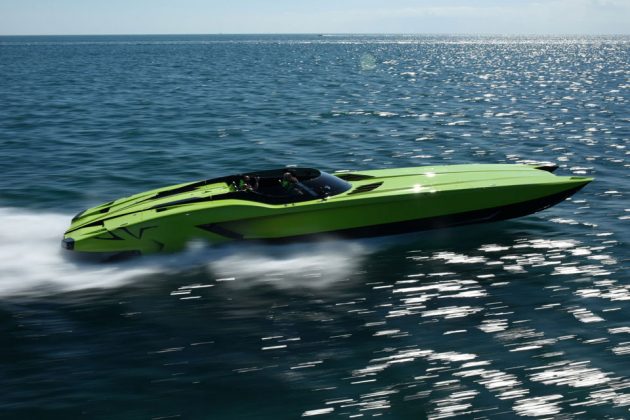 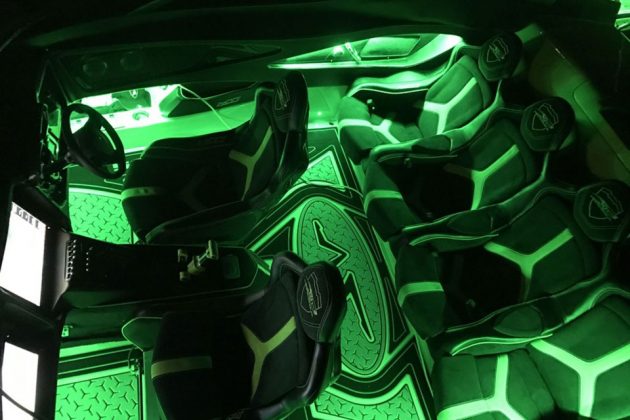