Every laptop that came out these days are just another laptop. Even Apple, arguably the forerunner of innovations, remain pretty much stagnant. The last “innovations” the Cupertino tech giant did was the not very rave Touchbar. However, things are set to change with ASUS Project Precog, a concept dual screen laptop that has no physical keyboard. 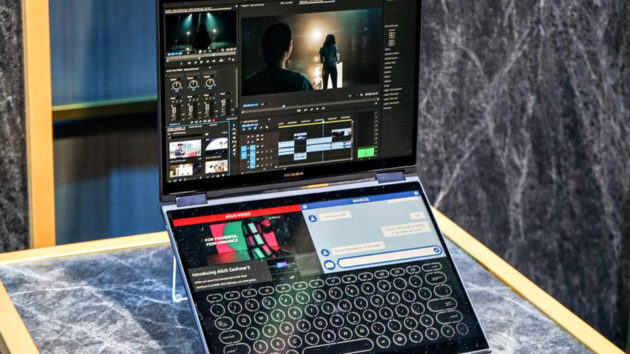 Physically, it still looks like your run-of-the-mill clamshell laptop, but when it opens up, the usual keyboard/trackpad is gone; in its place is another display. Now, lets not dwell into whether or not touchscreen keyboard is any good. Even if it is not, we will learn to adapt – like we did for cell phones. Since we are the topic of trackpad, ASUS also introduced a new range of ZenBook Pro that has trackpad that is actually a small touchscreen display. 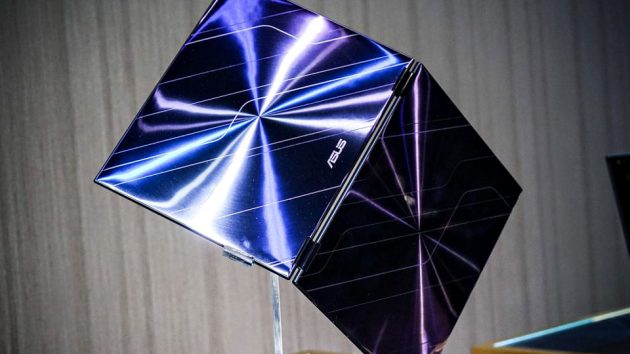 ASUS is calling it a ScreenPad. ScreenPad serves as traditional trackpad, but it can also let you watch YouTube videos or surf Facebook. This new type of trackpad also support apps, allowing you to use it as calculator, control music and whatnot. Basically, it is trackpad version of Apple’s Touchbar. Anywho, back to Project Precog… it offers a 360-degree hinge that join two touch displays, allowing it to be used in four modes: stand, book, tent, and flat. 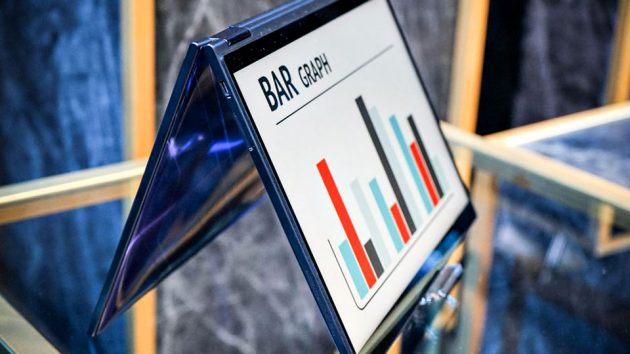 So in effect, Project Precog can be used as a regular laptop with touchscreen keyboard, or it could serve as an extended display, or the added screen could be a customizable interactive interface. Being a laptop of the future (hopefully, near future), artificial intelligence is at play here. ASUS said “Intelligent Touch” technology will enable the display to automatically recognize “the active input device and changes the virtual interface accordingly.” 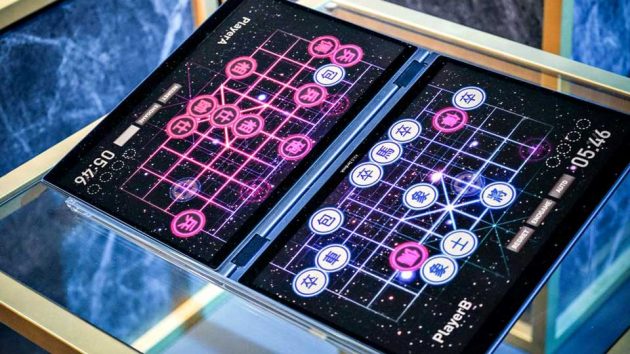 It can even automatically adjust the keyboard location based on where you place your fingertips, so in theory, it conforms to your habit rather than the other way. It will also automatically switch to stylish mode when, for example, a stylus comes into contact with the lower screen. What’s a future tech if it can’t let you do things hands-free, right? As such, Project Precog will embrace Windows Cortana, as well as Amazon Alexa, so whatever it is that you want to do, you can choose to use your voice instead of lifting your fingers.

“The dual-screen design of Project Precog lets users keep their main tasks in full view while virtual assistants process other tasks on the second screen. The enlarged screen real estate is also perfect for apps processing large amounts of data and information, such as the AI-powered Microsoft Office 365”

Not a lot is known about this groundbreaking innovative laptop, although we do know that it, along with the recently announced ZenBook Pro 14, will support Intel Movidius Vision Processing Unit (VPU). Well, folks, that’s the future for you right there.

There are no official images of ASUS Project Precog Laptop Concept, so we borrowed some from our source, CNET. I am sure we will see some in time to come. 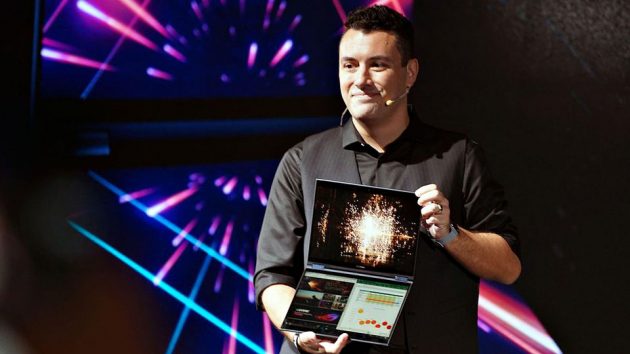