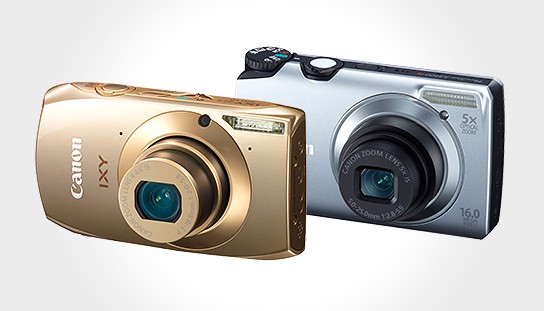 last week, Canon announced a pair of point-and-shoot digital camera, the IXY 32S and the A3300 IS PowerShot for Japan market. the former was originally scheduled for release in April but was postponed due to the March earthquake that hit Japan. the IXY 32 S is equipped with 12.1-megapixels CMOS back side illuminated (or BSI) sensor and 3.2-inch touchscreen viewfinder/display. the camera is capable of full HD video recording and supports ISO 100-3200 that can be expand up to ISO 6400. positioned on the higher end of point-and-shoot segment, this ¥30,000 (about US$380) compact digital shooter features the ‘touch shutter’ function that allows taking of picture just by touching the camera viewfinder. the IXY 32S is available in several hues, including silver, black, gold and pink.
[ad#Google Adsense-text-468×60]