Even if you have the deepest pockets one could possibly imagine, there are times when you will want to acquire used/pre-owned luxury bags simply because the models in question are out of season or no longer in stock due to, you know, limited editions and such. In such instances, there is always a question that lingers in your mind: is the bag you are picking up from a stranger authentic? Well, wonder no more, my friends, because now there is Entrupy. I know the name does not sound like much, but believe me, this app-enabled, handy little gadget can potentially save you the embarrassment of carrying a counterfeit bag in your next high-society party. 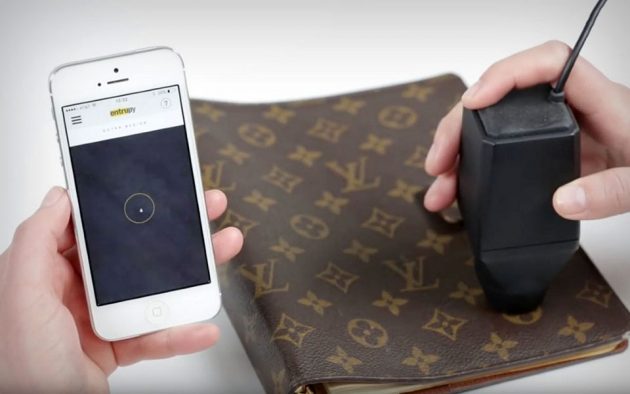 Touted as “the world’s only on-demand authentication solution,” Entrupy is a camera-equipped, small gadget that is capable of identifying if a luxury bag is counterfeit or not. What it does is, the camera captures microscopic images of different areas of a particular handbag and runs them against a set of known data using the company’s proprietary machine learning algorithms to determine the product’s authenticity. The authentication process is quick too, taking mere 15-20 seconds, so your decision making can be done swiftly. 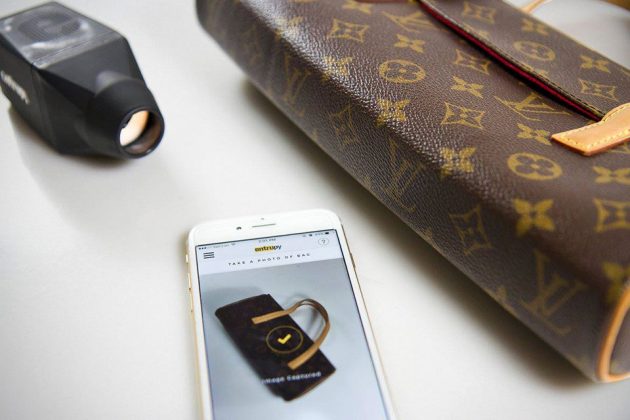 According to its creator, the device is capable of authenticating handbags with up to 96.4 percent accuracy. That’s pretty impressive, but IMHO, for serious collectors who accepts nothing less than guaranteed success, it is probably not enough. Anyways, in the event a product has been certified to be authentic, a verifiable Certificate of Authenticity will be issued which you can then share it via email or on social media sites, or print it out.

There’s a couple of catch here though. First, as of now, the device is only able to authenticate products from 11 designer brands and it is subscription-base. With a $299 one-time setup fee, plus a monthly subscription of $99-999, Entrupy is quite obviously not for individuals and indeed it is not. It is marketed as an on-demand authentication solution for businesses and hence, the pricing. Make past the jump to catch a video on how Entrupy works.