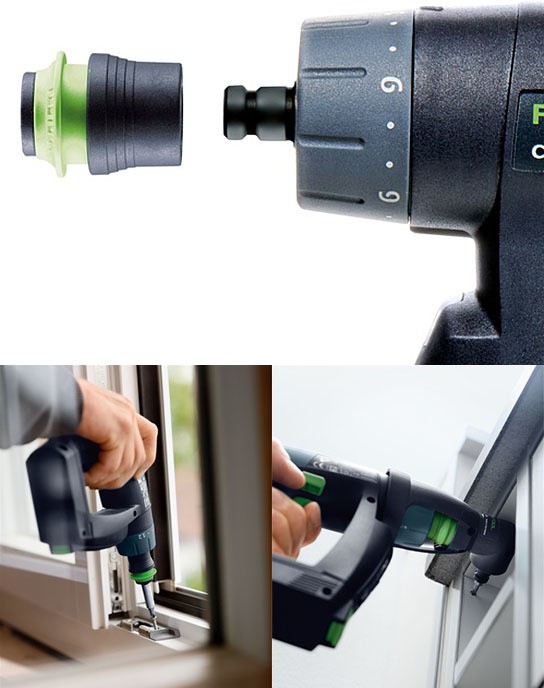 i have to confess, besides having the penchant for beautiful IT gadgets, i also love a good home improvement tools. like this compact cordless drill from Festool, dubbed the CXS Compact Cordless Drill. being a frequent user of cordless drill (i have had a Bosch, Makita and even a Braun), i do have some gripes of what the market has to offer to us users. most of the current offerings are cumbersome and lack the flexibility, not to mention the poor battery life.
[ad#Google Adsense-text-468×60]

the CXS is not only compact and offers a surprisingly aesthetically pleasing design. adding to the traditional pistol style design, the CXS has a ‘hand guard’ that not only guards your hand but also adds additional space for the ‘L’ shaped lithium-ion battery pack. the CXS package comes with a Fastfix keyless chuck, centrotec chuck, a right angle chuck, batteries and charger. the right angle chuck is a welcome addition especially for those awkward angle job. the drill boost a quick release system to quickly change between the different attachments but it can also be use directly without an attachment, thanks to its magnetic receiver.