Among the hundred and one ways to make people buy your cars is the good’ol test driving. If your car is good, a test drive will be able to prove its worth. But in a market as competitive as China, sometime a few minutes behind the wheel of a car maybe isn’t enough. That’s not mention the hassle of hitting up local dealers and having to deal with glib tongue salesperson that often pushes you with things you didn’t want. With these factors in mind, Ford China has teamed up with Alibaba’s TMall e-commerce store to introduce a huge-ass car vending machine that will allow customers to pick up one of the 42 cars loaded in the vending to test for the next three days. 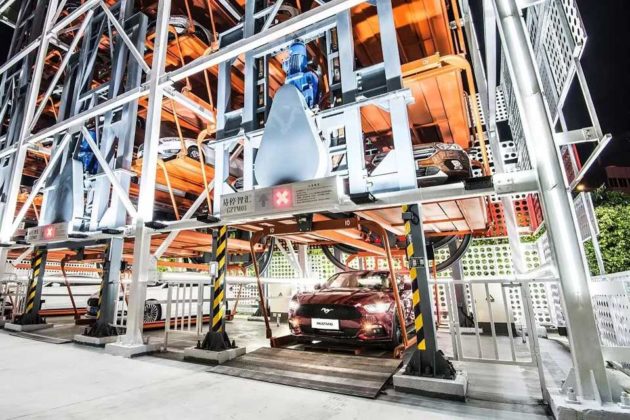 Yup. You read that right. Not a few minutes behind the wheel. Your test drive will last for days! Pretty dope, eh? At least, you know it won’t be a impulse decision as you have three days to the car. On the other hand, it does sound like an easy and affordable way of getting a free ride for at least a few days when the trusty ride is in the garage. Just saying… Anywho, the vending supposed to be less of a hassle than going to a local showrooms. To schedule for a Ford test drive, all you have to do is to share a selfie (why? I have absolutely no idea) and pay a nominal test drive fee. 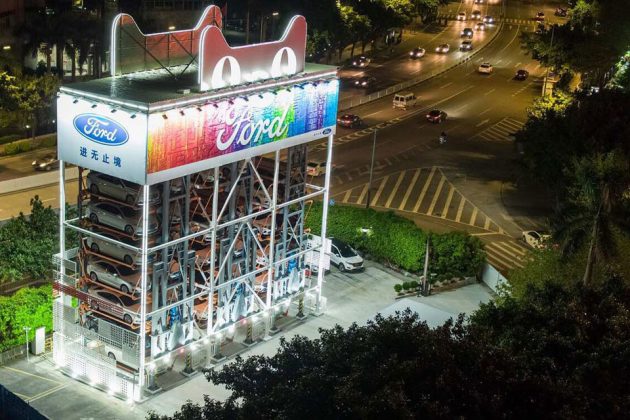 Oh, wait. Before that, there’s a mandatory credit check to pass. You know, just to be sure you can afford the car in case you want to acquire it, or perhaps, it is just an assurance that you are not in such a state of debt that you would ride off with the car and never return. It is only after that, you can head to the towering vending to pick up your ride. Altogether, the vending, which is known as the Super Test Drive Center, is loaded with 10 models including mundane, everyday rides like the Mondeo, the Explorer and the more exquisite, imported Mustang.

So, why is Ford China pulling this? IMHO, it is more of a marketing stun. Surely building a structure to house 42 cars isn’t cheap, more so when it is a temporary thing. Yes. The Super Test Drive Center is not forever; it will only operate between now and April 23, 2018, and only in one location in Guangzhou at the moment. Who knows? If this proved to boost sales for Ford, it might inspired more to pop up, or even encourage other marques to follow suit? 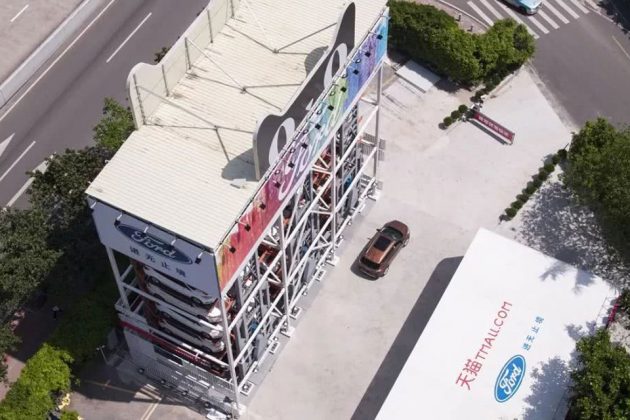