Besides Google, ThinkGeek is perhaps the biggest prankster on April Fools’ day. This year is no exception and this particular ‘prank’ product really had us thinking: hey, you know what? It could work! The prank product in question is the Alien Facehugger Snorkel Mask. Yep. I know right. It really could work. I am not even joking, btw. I mean, seriously, there’s nothing wrong in having a Facehugger as a snorkel mask. Absolutely nothing wrong. It is a novelty that won’t scare the shit out of anyone. Instead, I think it will just put a smile on everyone faces. 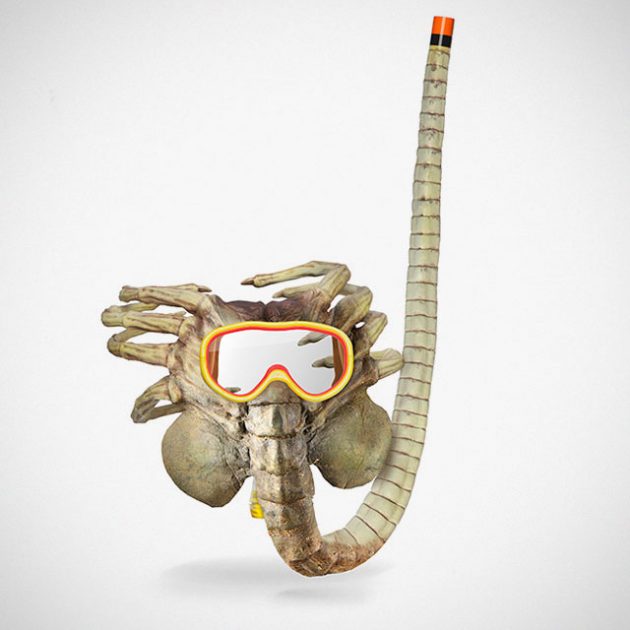 OK. Maybe some over paranoia folks may gasp at the sight and possibly call in the police or something. But those are minorities which means the odds of you making the headlines is pretty low. It also perfect for those who have the fetish of being impregnated by an acid-drooling alien. You know who you are! As a boon, a ‘real’ Facehugger from the fictional world of Aliens will mask your vision completely, but this Alien Facehugger Snorkel Mask will not. So, I guess its a ‘yay’?

Personally, I think the Alien Facehugger Snorkel Mask is totally plausible. Whether or not there is a market for it is another story. I would buy it if I snorkel though. That said, I won’t be surprise it becomes a real product in future like theStar Trek: TNG Enterprise Bluetooth Speaker, which started as a prank but became a real working product. It may happen. Just wait for it.