A couple of years ago, we stumbled upon some super cool DIY steampunk wrist watches on Tumblr. Back then, we tried to dig around for more information, particularly on who was behind it, but to no avail (you know how attribution is with Tumblr). But today, we finally found who was behind these crazy awesome creations and along with it, more stuff from, complete with decent images. Yes. Finally! Anyways, these fabulous steampunk wrist watches was the handiwork of a very talented Japanese lady who go by the Twitter/YouTube handle, FRISK_P (フリスクP).

Little is known about this rather elusive steampunk enthusiast, but we read that her mission is “to make wristwatches that nobody else makes.” Well, I guess that’s a mission accomplished. Just look at those watches. Aren’t they fabulously wonderful? Granted, they are not the most practical time-telling contraptions (pixie tubes ain’t gonna be compact, will they?), but who really cares? It’s steampunk, baby! And steampunk is never about practicality. The only thing FRISK_P’s masterpieces lack is the presence of steam. Otherwise, it is as steampunk as it can ever gonna get. 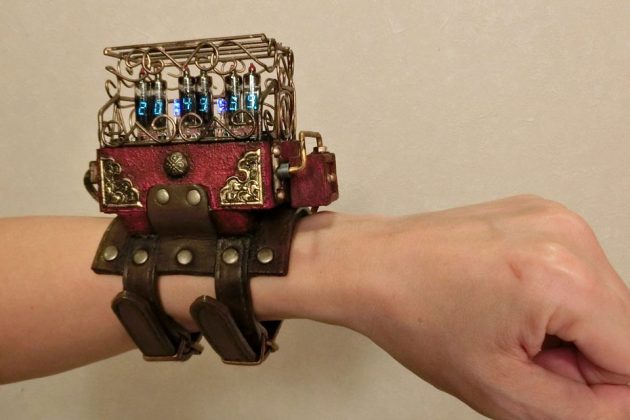 From what we have read, it appears that FRISK+P had three watches in her collection. The spinning display was the one that caught our attention two years ago, but perhaps her most mind-blowing steampunk timepiece is the Steampunk Plotclock (which happens to be a recent work). Steampunk Plotclock features a writing surface and a mustached man with a mechanical arm that tells time by writing it out and wiping the surface clean to present the latest time. Practical it is not. Not in size, nor in time-telling, but it is outrageously cool. Don’t believe? Just have a look here:

NOW READ  You May Find Yourself Asking People For The Hour With Prompt, The Anti-Watch

As it turns out, FRISK P’s forte isn’t just wrist watches. Her forte is all-thing steampunk, whipping up a range of delightful steampunk objects like steampunk helicopter rotor, steampunk vintage gun with what looks like a static globe for the muzzle and even a gun turret that’s designed to be worn by her kitty. I guess that kind of makes her little kitty a steam puss? Oh, wait. That sounds kind of wrong. Never mind. Skip ahead more bonus images plus more awesome videos. 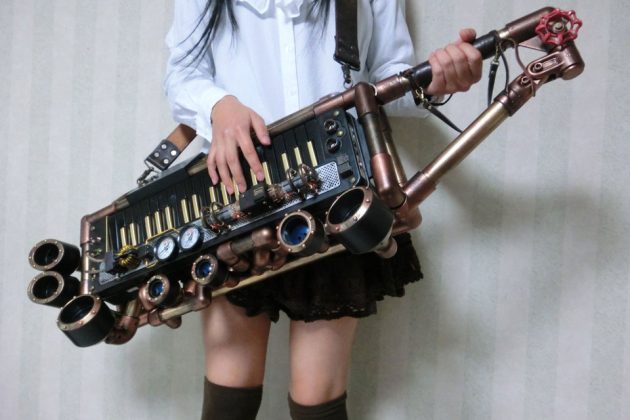 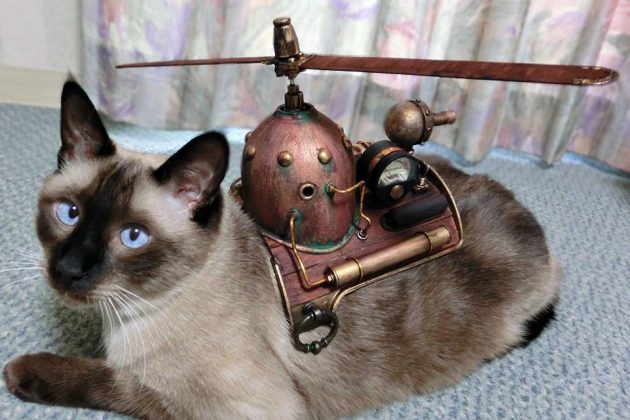 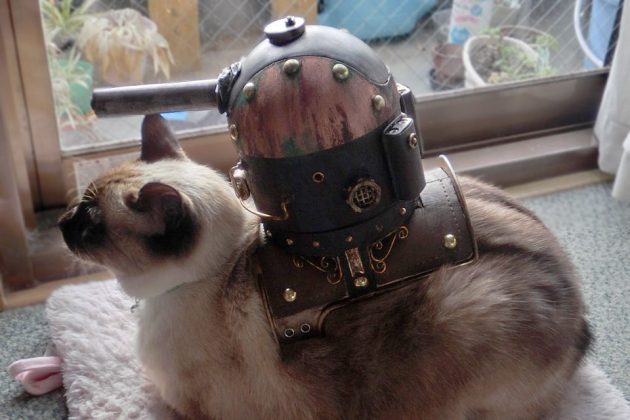