even real men have crack lips, or have sore elbows and feet, but applying something on your manly lips need not to be a less than manly affair – if the lip balm in question is Hudsalve. billed as the Swiss Army knife of lip balm, the Hudsalve is actually more than just a manly lip palm. for starter, it does not come in cherry flavor or does it look anything like a lip balm that fits in your man purse i.e. it is not in pink. originally designed for the Danish and Swedish military in the 1950s, Hudsalve have since widespread adoption by various European armies, mountaineers and adventurers, offering protection beyond lips. it can be used on a variety of body parts (externally, obviously) that are susceptible to sore due to dryness, such as the face, hands, elbows and feet, and even for staving off frost bites and applying on minor wound.

but that’s not all – it is said to serve dutifully as a grease for weapons, combat mosquitoes, and even condition boots (and those are not jokes we made up, btw), thus elevating it to a somewhat mythical status, hence the ‘Swiss Army knife of lip balm’ saying. of course, you don’t go swiping it in on your fire powder coated weapon and use it on your lips – that would be suicidal – it just merely means the Hudsalve could be used for such purpose. it contains a range of ingredients which we rather not dwell into, but among the ingredients, there is peanut oil, so those who are intolerant to peanut, please do note. you can get the Hudsalve now for just 12 bucks.

NOW READ  Elon Musk Make Good Of His Name, Launched A Fragrance Via The Boring Company 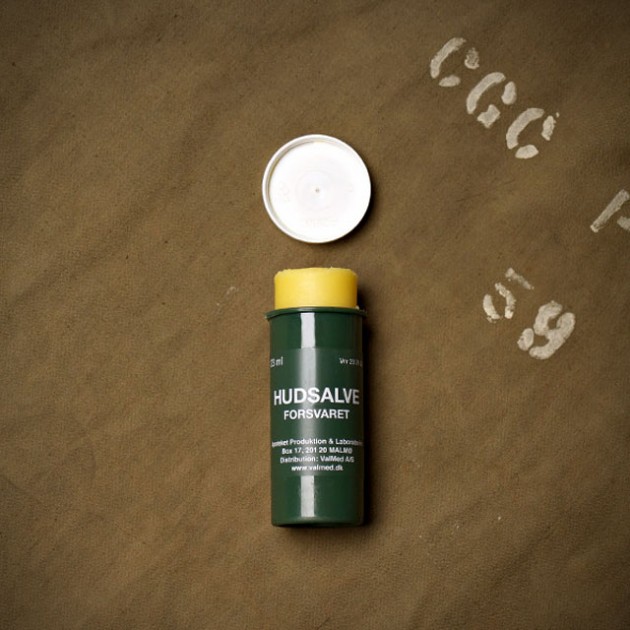