It looks like Intel is determined to be the name in the new-age fireworks with the use of drones. Not content with having just 100 drones up in the sky in 2015, the processor maker put 500 drones into the sky in Germany in 2016, ‘dancing’ to a live orchestra, which bagged it a Guinness World Records, and this time, Intel has outdone itself again with 1,218 Intel Shooting Star drones which lit the night sky at the Winter Olympic 2018 opening ceremony in PyeongChang, South Korea, on February 9. The feat was witnessed by Guinness World Records and subsequently recognized as a new world record for “most unmanned aerial vehicles airborne simultaneously.” 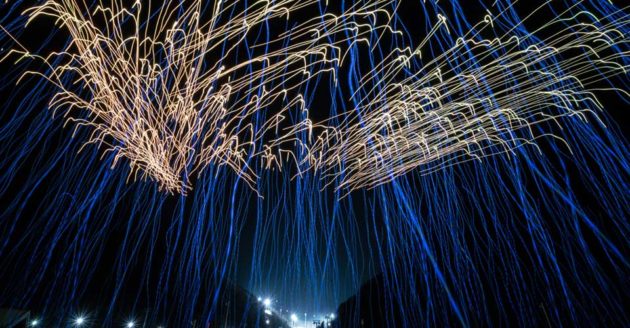 Intel said it will be bringing its drone technology to “enhanced” Olympic Games through 2024. Remember how I said Intel is determined to be the name in the new-age fireworks? Well, I am not speculating. The company really is determined as demonstrated by a 30-second ad spot after the PyeongChang 2018 Opening Ceremony, featuring the power of Intel Shooting drones and their unique entertainment possibilities. OK. I read that as, how lighted drones can make traditional (and hazardous) fireworks obsolete. 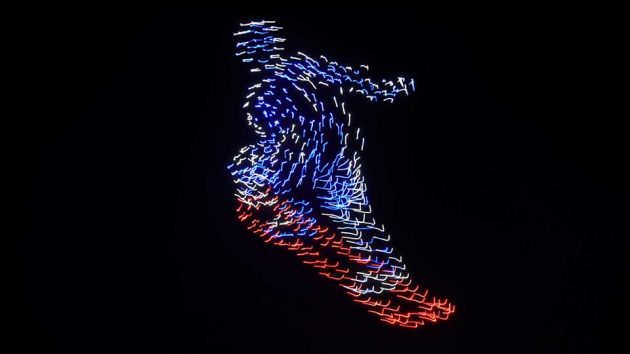 For the uninitiated, Shooting Star are rigged-for-entertainment drones, outfitted with LED lights which can be programmed to emit countless color combinations and form animation in the sky. One programmed, all it needs is one pilot to make the magic happen. Yup. That’s far drone technology has progressed. More over fireworks because, lighted drones are the future. You can learn more about the drone, the record and also see it in action in the videos below.

All images courtesy of Intel.