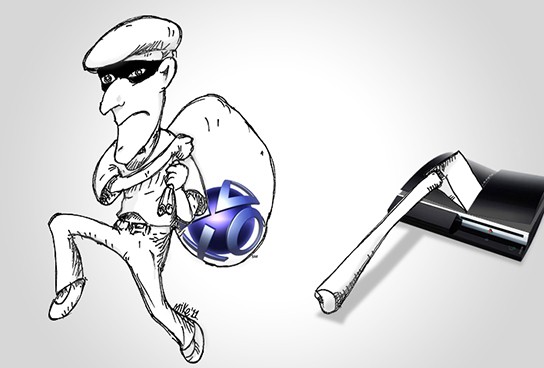 recently, Playstation Network was shut after it was hacked, and to add to the worry, Sony has said that gamers’ (me included! gosh!) credit card information might have been compromised. ok, ready for more? Sony has released an official statement on its official Playstation Blog stating that they “believe personal information has in fact been stolen from the PSN.” in this respect, everything including credit card info and related passwords may also be at risk. glurp. looks like i really DO need to monitor my credit card account that’s peg to PSN. how did this managed to happen? and since it has happened. how do Sony expects gamers to trust their system in future?
[ad#Google Adsense-text-468×60]

here’s an excerpt of their statement:

[quote style=”boxed”]Although we are still investigating the details of this incident, we believe that an unauthorized person has obtained the following information that you provided: name, address (city, state, zip), country, email address, birthdate, PlayStation Network/Qriocity password and login, and handle/PSN online ID. It is also possible that your profile data, including purchase history and billing address (city, state, zip), and your PlayStation Network/Qriocity password security answers may have been obtained.[/quote]

this is really a huge setback for the console game giant who is already facing fierce market share fight with Microsoft’s Xbox 360. it looks like PSN will continue to be out of commission until Sony concludes its investigation. we will miss PSN but then, i am not sure if i should trust my personal information to them anymore. you know what they says, ‘once bitten, twice shy’.