the Mobile World Congress is just next month, but the other Korean handsets and electronics juggernaut, LG, just can’t wait; it has announced a new super-size smartphone, the LG G2 Pro 2 Smartphone, packing in a 5.9-inch Full HD IPS display, flanked by ultra slim bezel of mere 3.3mm. but LG has more than just a handful to tout; the G2 Pro 2 also boasts 4K ultra HD video recording or 120 fps HD videoing from its 13MP camera with OIS+ (optical image stabilizer plus). the OIS+ probably needs no introduction – it is there to ease those shaky imaging situations, but what interests us is the ability to edit video in two slow motion speeds in addition to the original.

there is also the ‘Magic Focus’ which allows you to select the preferred depth of focus before saving, plus enhanced features, all in the name of better mobile photography – including better selfie. under the hood, it has a 2.26GHz quad-core Qualcomm Snapdragon 800 chip with Adreno 330 GPU and 3GB of system RAM to boot. other details include up to 32GB of internal storage – expandable with the built-in microSD slot, 1W Hi-Fi sound, a 2.1MP front-facing camera, a removable 3,200 mAh battery, LTE radio, and the usual host of connectivity and sensors which comprises of Bluetooth Smart Ready (aka BT 4.0), USB, WiFi (supports up to ac), NFC and more.

there are a few other enhancements including the ability to lock data with a unique passcode, mini view that shrinks the display size for easier one-hand operations, dual browser capability (it really is just separate browser windows on one display), and finally, “an evolution” of the KnockON feature that was first featured in the LG G2, allowing you to wake up and unlock the handset by tapping the screen using one of the 86,367 “knock” combinations. the LG G2 Pro 2 Smartphone is officially announced for Korean market (but no pricing yet) with no word on when the rest of the world will be seeing this LG’s latest. for those heading to the 2014 MWC, you will get the opportunity to go hands-on with the G2 Pro 2 at LG’s booth (that’ll be Hall3 of Fira Gran Via). 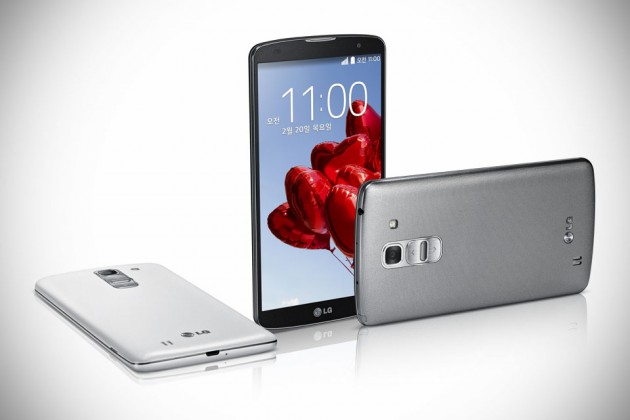 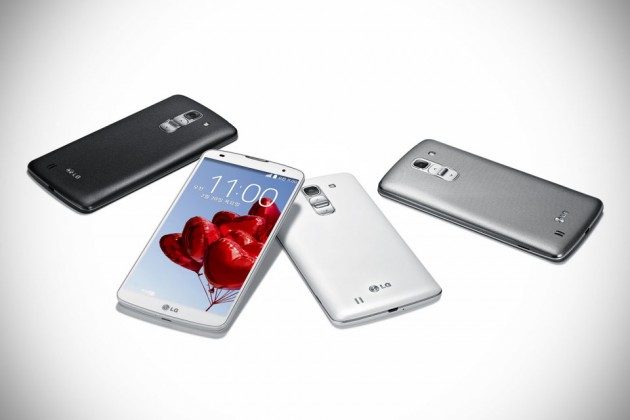