Ferrari 458, Lamborghini Veneno, Pagani Zonda and the list goes on. if you think those cars are exotics, well, you ain’t see nothing yet. while there’s no denying that those cars are indeed luxurious and exotic in some ways, nothing can quite compare to Mike Vetter’s Extra Terrestrial Vehicle. as the name implies, this car looks like a vehicle pulled right out of the pages of Minority Report or any sci-fi flicks and that accomplishment was conceived way back in 2012. the car has a streamlined, futuristic-look attributed by the sealed wheels, round windows, scissor doors and an unusual profile. as alluring as the aesthetic is, it does not have supercar’s will under the hood. though, it should still have plenty of grunt from its 270-hp supercharged 2.0-liter Chevy engine, which is paired to a five-speed gearbox. and from the looks of it, it is a stick-shifter. yeah! 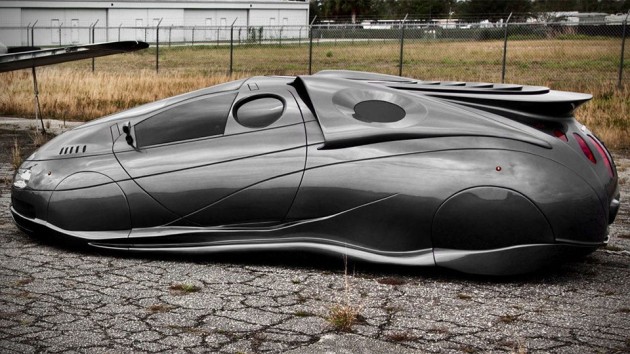 the car has a long list of features including front and rear mounted cameras, a curb-height camera so you won’t get in a heartbreaking kiss with the concrete curb, remote-operable Lamborghini-style scissor doors, dual batteries setup (switchable at a flick of a switch), adjustable air suspension, DOT-approved glasses, LED and Plasma lightings, an interior of leather, suede and aluminum, digital gauge that befits its futuristic status, and most importantly, it was built by the man who knows a lot about kit cars, Mike Vetter and also, it is totally road-worthy, well, at least in the United States. so why are we telling you all these? well, it is because this freaking awesome car is put up for sale on eBay for a cool $89,000. and so yes, it could be yours to own if you can afford to drop that kind of money, plus delivery fee. it helps if you resides in the U.S., really. want more in-depth details of this awesome ride? then be sure to catch a lengthy video after the break. 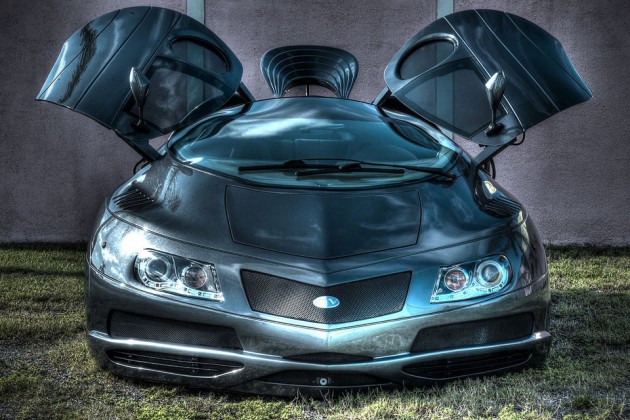