remembering passwords is a modern day person’s woe. that’s the price we have to pay for security and these days, you can’t get through a year or even months without being prompted to change password for security reasons. man, how many passwords can an individual remembers? but that is set to change when myris Iris Authentication Scanner by EyeLock hits the market. iris scanner is not new commercially, but the New York-based firm that specializes in advanced iris-based identity management technology is bringing it the technology to regular consumers. first showcased at the CES earlier this year, myris is a palm-size device iris authentication scanner that will take the place of username and password on your computer, websites and apps, letting you access them with just a look.

it uses a 20 frame per second video capture of your irises and since no two irises are alike, the odds of a false match are less than one in two trillion. the device looks at over 240 points on each iris to generate a unique encrypted 2048-bit digital signature which requires the real eyes to match up. so you can have a peace of mind that media such as photos or pre-recorded video won’t hack through it. speaking of hack, myris does not store any data, nor does it keep any images of the irises and so it can’t be hack. the myris Iris Authentication Scanner by EyeLock is slated to be available this Spring with a sub-$300 sticker. 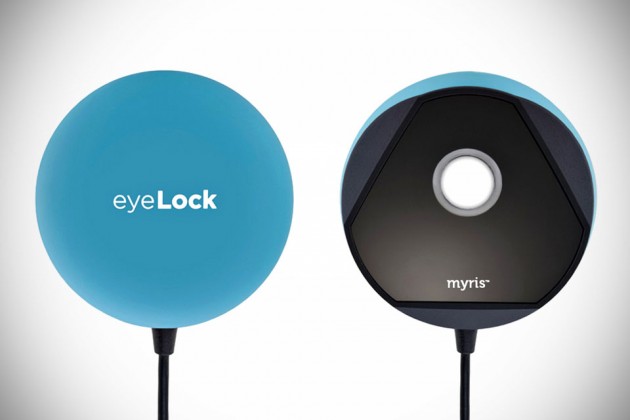