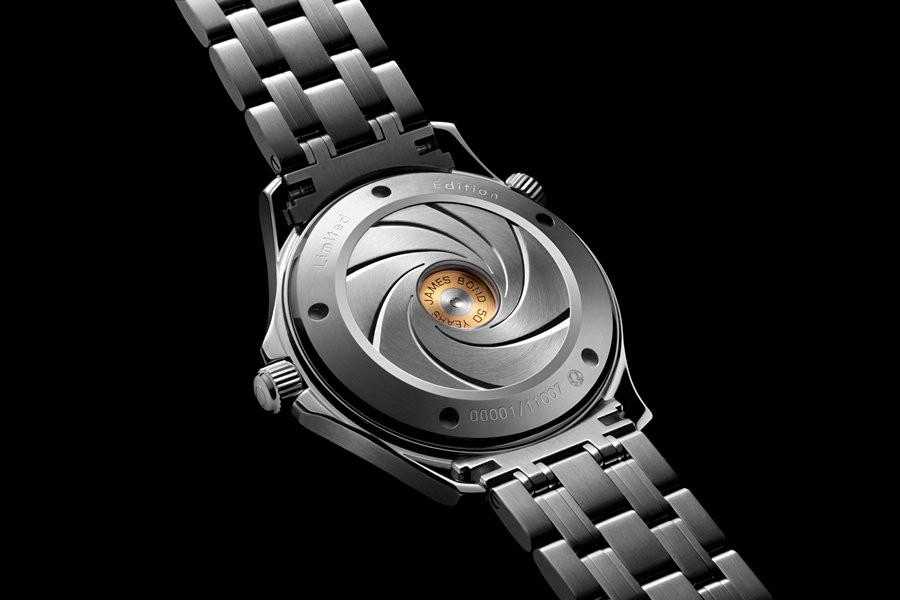 just like the Aston Martin sports car, OMEGA watches worn by the silverscreen frictional British spy James Bond has evoked our wildest fantasy about the gadgets used in espionage business. well, maybe the watch does strikes us as much as Aston but still, we sure can’t forget its cut-through-metal laser capability. so, it is only fitting for OMEGA to issue a special James Bond edition of its Seamaster Diver 300m watch to mark the fifty years of this long running spy action flick. obviously, laser capability is still not part of its feature but instead expect real world features like unidirectional ceramic bezel rings with diving scales in matt chromium nitride with the number “50” in prominent red, reminding you that this is not your regular Seamaster Diver 300m. other highlights include “007” monogram dial face, Super-LumiNova coated indexes, date function, OMEGA’s calibre 2507 self-winding movement with Co-Axial escapement, helium escape valve, water resistant up to 300 meters, and our favorite feature: the screw-in case back stamped with a gun-barrel design. it is just too bad that we can’t wear the watch the other way round. this special edition watch comes in two sizes, 41mm and 36.25mm, each with a limited production run of just 11007 and 3007 pieces, respectively. hit the jump for a small gallery of the OMEGA James Bond 007 50th Anniversary Collector’s Piece.