the draw of taking images with a smartphone is its instant sharing capability. it took a while, but it looks digital camera makers are not ready to be outdone by smartphones by equipping their cameras with built-in WiFi. the Panasonic Lumix GF6 Digital Single Lens Mirrorless Camera is one such camera that’s determined to squeeze its way back into the social circle. also outfitted with NFC, it lets you pair the Lumix GF6 with your smartphone or tablet with one-touch for automatic transfer of your stills and footages via WiFi. of course, that would require a special app, which is included and this app also allows you to remotely control the camera. features include a 16MP Live MOS sensor, a new Venus Engine image processor, a tilt-able 3.0-inch 1040K-dot touchscreen monitor (up 180-degree for self shot), quick 0.5 second start-up time, Light Speed AF for capturing fast-moving subjects, touch autofocus, full HD video recording with full time AF and high quality stereo sound in AVCHD format, ISO up to 25,600, built-in flash, low-light autofocus, USB and HDMI connectivity, and it does both JPEG and RAW images. of course, Panasonic wouldn’t let the chance of touting the beauty of the Lumix GF6 passes them and we have to agree with them that this handful compact digital is indeed sleek and stylish. officially, pricing and availability are not made known yet, but according to Engadget, it should be hitting the stores next month for around 449 quids or around US$688 for the kit with 14-42mm lens. 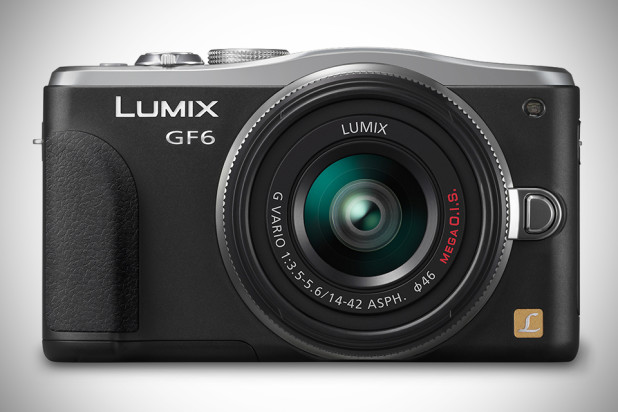