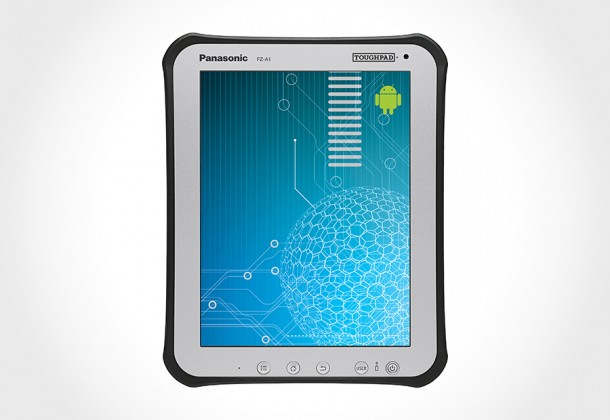 iPad is pretty, so are the tablets from the Samsung Galaxy tablet family. tablet makers can go ahead and boast about how good their devices are but they all have one common flaw: they won’t stand a chance in the wild without actually using tightly sealed protective cases which usually won’t come cheap either. if you know that you are going to subject your tablet to the extremes, then a built-tough tablet like the Panasonic Toughpad A1 might just be the tablet that you really need. forget about the look, we are talking about the ability to withstand anything that you or mother nature can throw at it while still maintaining its full functionality. leveraging on their knowledge on toughening up laptops, Panasonic has given the Toughpad a magnesium alloy chassis wrapped in ABS and elasomer that is built to the MIL-STD-810G and IP65 standards, sealing it against dust and water. other features include a 10.1-inch XGA LED multi touch and digitizer daylight-readable display (1024 x 768 resolution), 1GB of RAM, 16GB of flash storage (expandable up to 32GB via microSDHC card), Marvell 1.2 GHz dual-core processor, a 2.0-megapixel front-facing camera, a 5.0-megapixel autofocus rear-facing camera with LED flash, micro USB 2.0, micro HDMI, optional integrated LTE 4G connectivity, GPS, WiFi (b/g/n), WiFi hotspot router, Bluetooth v2.1 +EDR and sensors such as ambient light sensor, accelerometer, as well as digital compass. it packs a 4,590mAh lithium-ion battery pack that is said to offer around 10 hours of usage. completing the package is a host of security features including embedded hardware security, hardware and software encryptions, password security, plus a reinforced metal security cable lock slot – something that you won’t see in any consumer-grade tablets. the Panasonic Toughpad A1 is expected to be available in the U.S. and Asia this August and September, respectively. there is also a 7-inch version, dubbed the Toughpad B1, landing sometime in fall 2012. check out some larger views after the break.