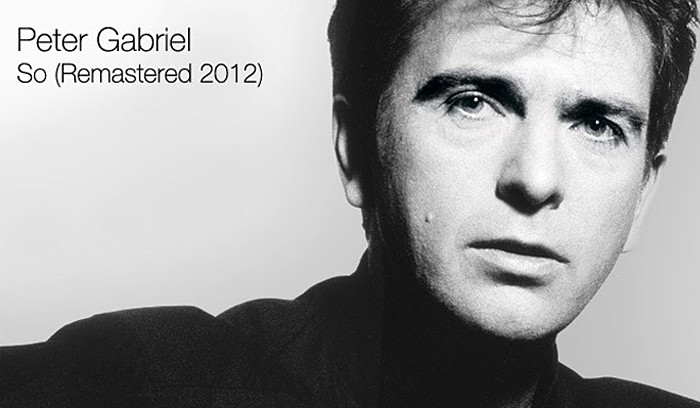 at some point in our lives, we all have been bitten by the thrown back bug. apart from the physical stuff that brings back those nostalgic memories, music is another powerful media that stirs up the flash backs and perhaps, reminds us of those high times we had (you know, baggy pants, loud colors and boombox over our shoulders. those kind of stuff). 80s was arguably the golden era of popular music culture and that said, we thought Brit Peter Gabriel, a singer/songwriter and former vocalist of progressive rock band Genesis, is perhaps the best remembered and representative musician of that era, and even more so for his album ‘So’ (1996) with chart topping numbers including ‘Sledgehammer’, ‘Big Time’, and ‘Don’t Give Up’, and not to mention some of those ultra-surrealistic music videos. damn you Gabriel – i still can’t the images from the ‘Sledgehammer’ music video off my head after two and half decades! anyway, fans of Peter Gabriel can now relive this defining album that bagged multitudes of awards (yes, including nine MTV Video Music Awards in 1987) and millions in sales with this 25th anniversary remastered version in 24-bit FLAC (Free Lossless Audio Codec, total 540MB) studio-quality download version, available exclusively through Bowers & Wilkins’ Society of Sound for a small sum of £15 or roughly US$24. also available in CD quality Apple Lossless format (264MB) for £5 less or get both formats for a mere £20 (about US$32). check it out. before you go, who about checking out the ‘Sledgehammer’ music video (that’s have been permanently ingrained in my brain) below?