I heard from a person who had done a short stint as a sailor that they (sailors) had the habit of ditching trash into the sea like nobody’s business. While some trash are easily broken down, plastic takes a hell lot of time, whether or not it was discarded on land or in the sea. Those floating aimlessly on the sea poses great threat the marine lifeforms. Some of them got chomped down by sea creatures, sometimes inadvertently killing the poor creatures. 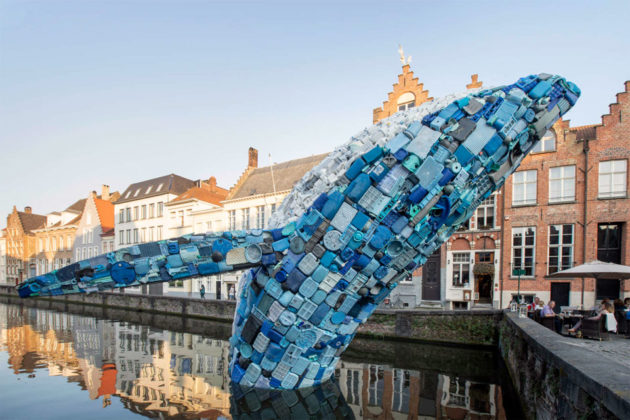 Plastic waste pollution on the open waters are very real. It is a problem of epidemic proportion. This is where Brooklyn-based architectural firm, StudioKCA, wants to make the difference. Upon the request of the city of Bruges, the architecture studio has created a ginormous sculpture of a whale made out of plastic waste salvaged from remote beaches in Hawaii. 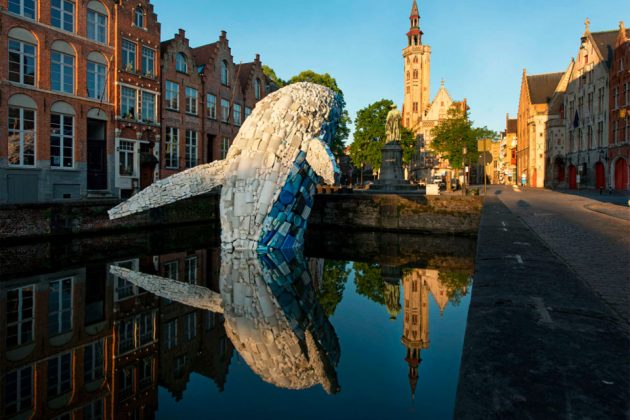 Working with volunteers from Hawaii Wildlife Fund and the Surfrider Foundation, StudioKCA managed to pull an astounding 5 tons of plastic that were washed ashore. While 5 tons seem like an astronomical amount of plastic waste, it is just a drop in the ocean when compared to the estimated 150 million tons still wandering in the oceans. 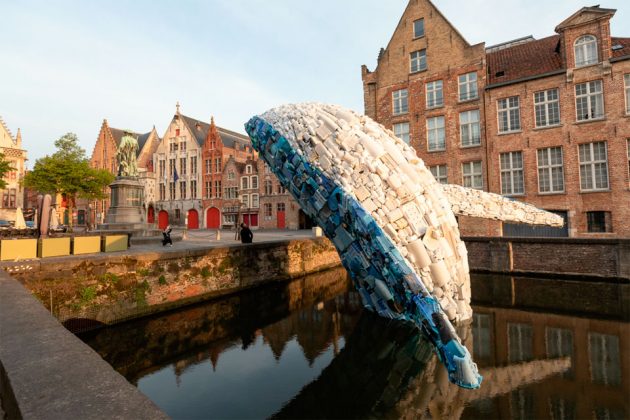 With so many plastic waste at hand, the studio set out to create a towering 4-storey tall whale breaching sculpture which it christened “Skyscraper (The Bruges Whale)“. The 5 tons of plastic waste are attached to an aluminum/steel frame and subsequently, installed in the middle of the Bruges canal as part of the Bruges Triennale 2018. 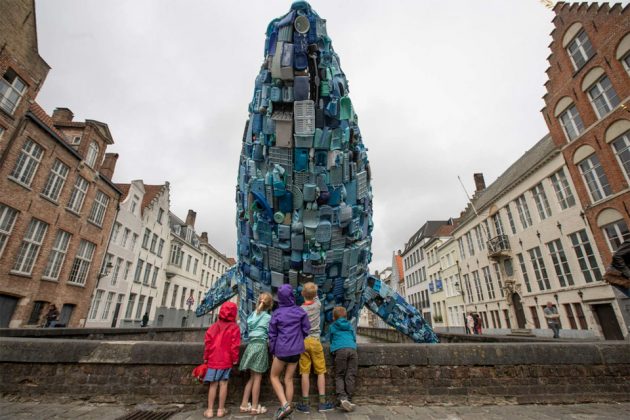 The result is a whale, made out of plastic waste, breaching out of the Bruges canal. The combination of the world’s largest sea-dwelling mammal and plastic waste is a fitting reminder of how dire the plastic waste situation is. 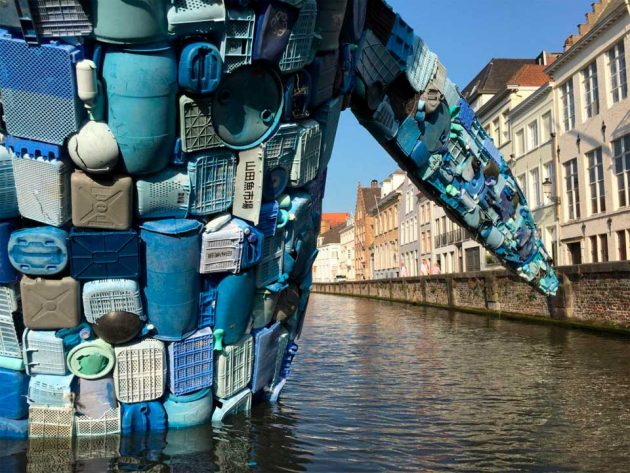 You know what I think? Plastic problem is very real, but what is even more real is how irresponsible people can be. Similarly, not able to break down plastic is one thing; but not able to dispose them correctly is even worst. If every single person knows to treat trash accordingly, we wouldn’t have this issue to begin with. Check out a short documentary on the Skyscraper below.