The new Porsche 911 GT3 RS may not be fastest Porsche yet, but it sure makes the notorious 20.6 km (12.8 miles) ‘Green Hell’ at Nürburgring-Nordschleife circuit in Germany looked tame. Piloted by Porsche development driver Lars Kern and Porsche works race driver Kévin Estre, the 520 horsepower Porsche GT3 RS set a lap time in 6:56.4 minutes, becoming the third production Porsche sports car with a notarized lap time of less than seven minutes. 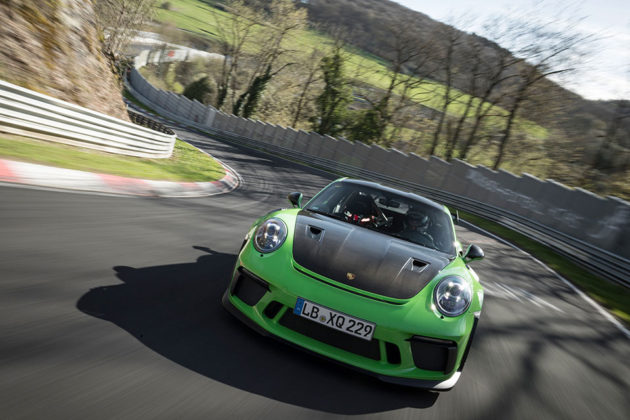 The drivers took the car on four laps with all four timings were below seven minutes, but it was Estre who set the record lap at 11:40AM CET. The record achieved on this day was 24 seconds quicker than the best time made by the previous GT3 RS model. To recap, the newest Porsche 911 GT3 RS inherited many of the innovative ideas from top-level motorsport, including the 911 GT3 R. 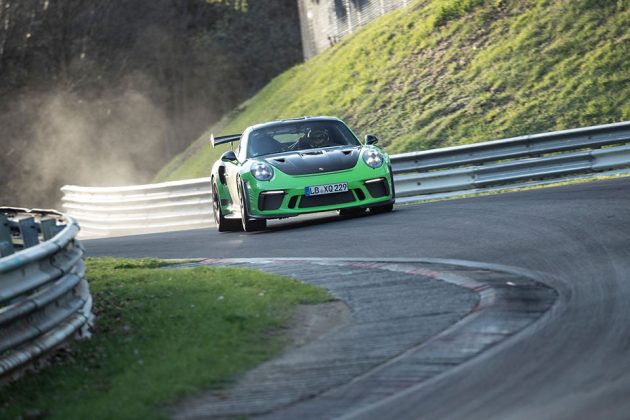 The Porsche 911 GT3 RS made its debut earlier last month at the Geneva Motor Show, sporting a motorsport-bred chassis and it is drive forth by a 520 horsepower 4L naturally aspirated engine that’s capable of rocketing from zero to 100 km/h (62 mph) in just 3.2 spends and reaching a top speed of 312 km/h (about 194 miles an hour). 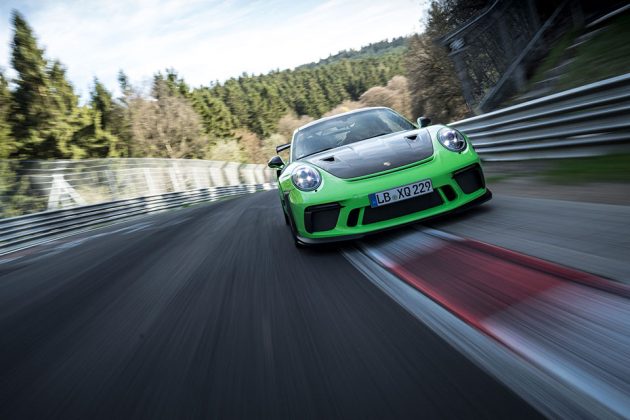 “Through the fast corners and on the brakes in particular, the GT3 RS is unbelievably close to our racing car GT3 R. This is also thanks to the new generation of tyres for road going sports cars. I like the engine of the GT3 RS a lot. Up to 9,000 revs per minute from a six-cylinder engine just feels fantastic. The sound is a dream and the torque is massive.” 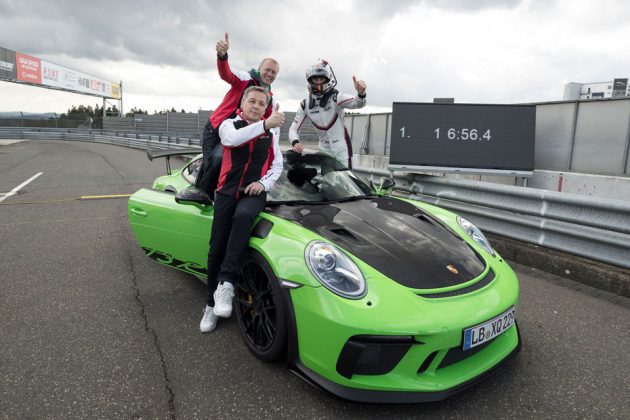 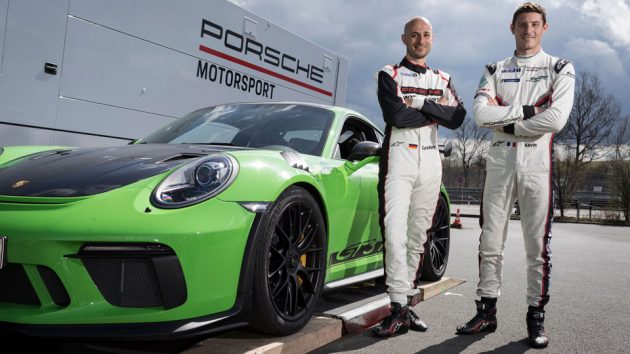