We live in a time that are both awesome and dangerous at the same time. Awesome because, being connected, we are more informed and thus, we should, rightly, not become a frog in the well. Dangerous because, the news that reach us could be fake. Fake news has gone pandemic. It is everywhere. It lurks in entertainment industry, in politics and even harmless subject like monster discovery. Fake news can cause disharmony, sow discord and could potentially result in social unrest. But there’s a glimmer of hope for news if Ground have its way.

Ground is a news app that leverages on both AI and human verification to sieve out fake news and fake viral videos. It combines the mass reach enabled by social media with the context and insights of professional journalists. Additionally, with the aid of AI, Ground verifies stories by eyewitnesses at the geo-location where it is happening. Here’s how Ground works:

“News Detection
Ground picks up signals from Social Media (Twitter, Facebook, Reddit, YouTube), Traditional News
Publishers (over 10,000 publications worldwide) and News reported by Ground’s own users on the
platform. The system uses AI to separate News from noise. Each possible News story is given a
News-worthiness score to ensure quality and meaningfulness.”

Eyewitness verification score and credibility rating
● As soon as a News story is filtered through the AI algorithm, Ground users in the vicinity of the
reported News are notified
● Ground users present at the location start to confirm the story as true (or false it if it is fake). Each
News story gets a verification score depending on how many people are verifying or debunking it,
and the past credibility of each of the users.
● Verified News is propagated further to the user base while debunked stories are flagged as Fake
to clearly warn users against it.
● Each user also accumulates a credibility rating similar to Uber, AirBnB or other platforms that rely
on trust. The credibility rating is based on other users verifying or debunking their media or News.
● Not only users, over time each News publisher also gains a credibility score​ that accounts
for all their past News stories.
● This allows Ground to separate accurate News Reporters from unreliable or fraudulent ones
without introducing any political bias
● The credibility rating of each contributor and verification score of each News Story allows Ground
to build the first-ever decentralized News system​ which runs automatically with AI picking up
News and real users corroborating/disproving it.

Media Solicitation
Ground automatically sends AI-composed (but human-readable) requests to users within the geo-fence of
the News Story to solicit photos, videos and commentary

Media verification
Solicited media is then analyzed based on the following parameters
a. Geo-verification- ONLY users in the geo-fence of the News Story can verify/debunk News and
upload media. The location of the user is tested using the device history, GPS triangulation, IP
address and the metadata of the uploaded media
B. Image and Video analysis- Image and video recognition is used to identify any anomalies in
the visual media. Any media that has been tampered with is discarded
c. Metadata analysis- apart from location history, any other meta data attached to the file is
analyzed and flagged for any anomalies
Apart from soliciting data from our own user base we are also importing photos and videos from Twitter,
Reddit and YouTube that passes the above analysis.” 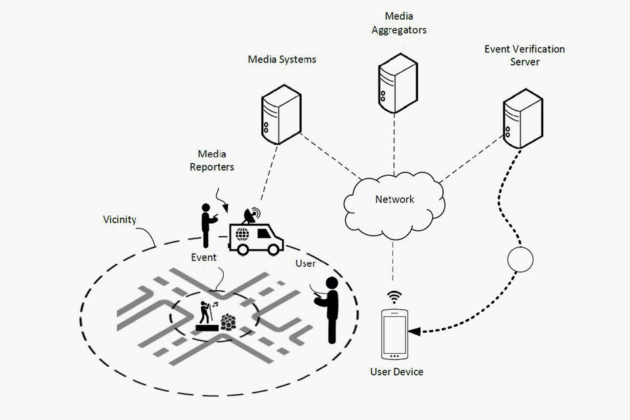 Ground may boasts patent-pending AI for sieving through the news, but from what I see is, ultimately the real verification comes from the people. Make sense, cos’ if there’s anyone that could verify a story, it will be the people at the scene. The questions are, how honest are these “ground” people and how willing are they to contribute? I see what Ground is building here. It is building an army of on-scene journalists to become its eyes. As with any community-driven event, the level of participation will determine its success, with AI or not.

If Ground’s plans work out, perhaps the Internet will be a safer place as far as news is concerned. But it will take time to build the army of ground people, so don’t expect it to happen overnight. Speaking of which, you can be a Ground user starting April 25 when the Ground app becomes available on both Apple App Store and Google Play store.