I know it is not cool to make fun of stupid acts (but they are just too fun sometimes). However if that stupid act involves robbery, that’s a whole different story. A video from a store surveillance cameras captured a robbery unfolding when police and civilians stepped in to intervene. The original video was one of those run-of-the-mill hilariously stupid robber-caught-in-act, until someone decided to throw in Hideo Kojima’s Metal Gear Solid into the mix. 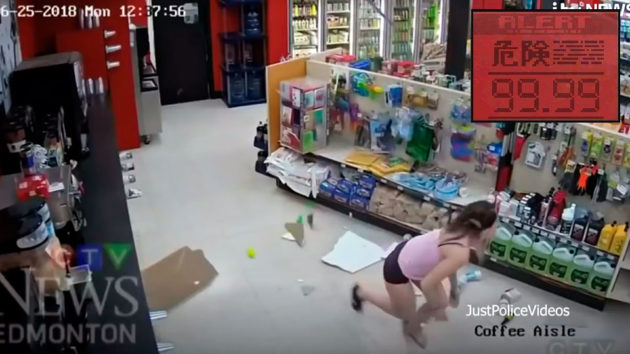 Apparently, the video posted on YouTube channel TheMexicoHouse was the handiwork of Twitter user, Omar Villegas. Omar has taken the liberty to add the heart-pumping MGS soundtrack familiar to all MGS fans, along with the radio chatters and the requisite alert sound effects (whenever Snake was discovered by his enemies), the footage. The result is absolute hilarity that you want to watch over and over again. Thank you Omar Villegas for making our day. A disclaimer though. While we laughed at the video and the stupidity, we are in no way supporting such idiotic act.

Hit the jump for a good laugh.

NOW READ  As Much As We Love To Have An Infinity Gauntlet Meat Tenderizer, It Is Not Real, Yet