When it comes to 360-degree videoing, you will have to ditch your beloved DSLR for something a lot more dedicated, but a startup called Sphere Optics Company is here to change that. With the company’s (sphere) 360-degree Lens, you can turn your trusty DSLR into one that captures breathtaking 360-degree video with 180-degree field of view vertically. Billed as the first and only single camera full-spherical video capture solution for VR, (sphere) (it’s ‘sphere’ stylized with brackets) negates the need for multi-camera setups and more delightfully, dispense with the need for stitching software when recording 360-degree footages. 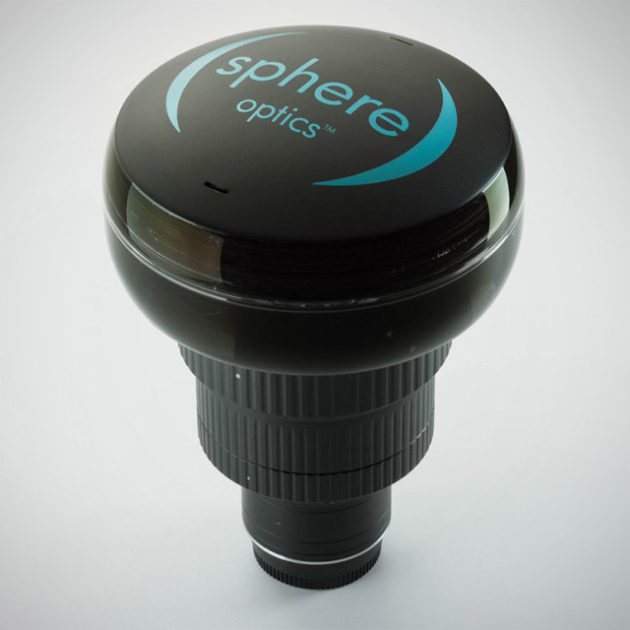 All you have to do is slap on a (sphere) onto your DSLR, setup up pointing upward and you are good to go. According to the horse’s mouth, (sphere) “employs a novel, toroidal design” which enables this feat which “no other lenses with an equivalent capability are known to exist,” thus making it the world’s first. Sphere Optics Company claims there will be no blank spots and promised no stitching artifacts or parallax errors. In addition, this revolutionary optic is compatible with virtually any camera with detachable lenses, including the likes of Canon, Nikon, Sony, Panasonic, and filmmakers’ favorite RED. Out-of-the-box, it comes with Nikon F mount which is adaptable to most other cameras and as for resolution, it is, naturally, dependent on the image sensor of your camera. 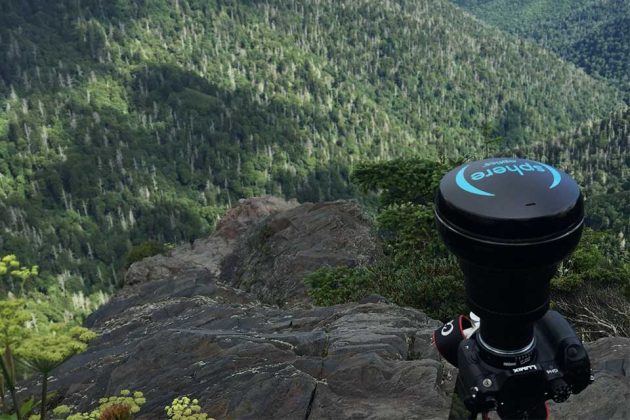 Sphere Optics Company didn’t stop at DSLR though; it is taking this concept to develop similar lenses for GoPro as well as smartphones. However, regardless of what imaging device the (sphere) is designed for, the real draw here is obviously the convenience of capturing 360-degree video without the need for extra equipment or even crew, and that alone is enough to make it a game-changer. So how can you get one, you asked? Well, two ways: you can either rent a set with assistant from Sphere Optics Company, or you buy it outright. Though the latter is subject to availability as limited sets are set aside for sale, well, at least for now. If you are keen, you can touch base with Sphere Optics Company to learn more. You can catch a demo video captured using (sphere) HERE. 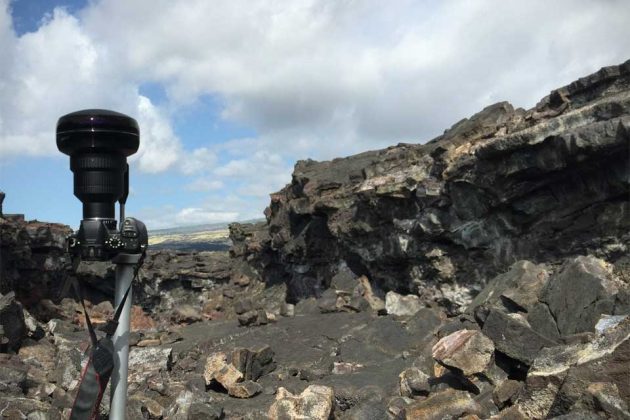 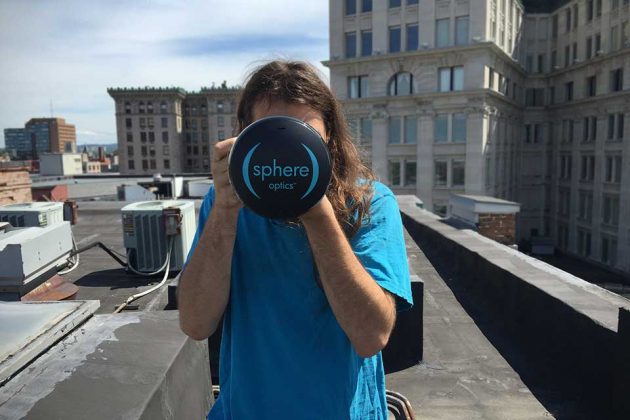