What you see here is not a motorcycle from any sci-fi movies. It is a real custom bike from former Formula 1 race car driver, Brazilian Tarso Marques. Man, this man here sure has a major thing for custom bikes. In fact, he also have the knack for customizing automobiles and even helicopters too. Marques may not have a stellar performance in Formula 1, but we are glad the world of customization has him. Speaking of which, Marques is no stranger in creating out-of-this-world looking motorcycle, but this bike here, called Tarso Marque Concepts (TMC) Dumont, is very likely his craziest because, insanely thin hubless wheels and airplane engine. ’nuff said. 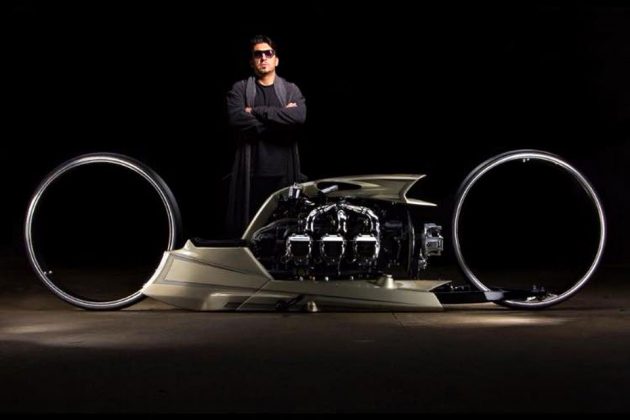 Granted, it is a piston airplane engine, not a jet engine. It is still very impressive nevertheless. Little is known about this decidedly futuristic custom motorcycle. Damn. I have so many questions about this bike. Like which airplane did it pull the engine from? Will the rear wheel threatened to rip the rider’s clothes off if he or she slipped too far back? And the golden question which I am sure everyone have on their minds: can it even turn? But one thing for sure, this beast will not fly. It is impressive as hell and it sure can ride… or at least, it can in a straight line. Keep going for video of it in action (to prove to you it is a real deal) and a time-lapse video of it being built.

NOW READ  If You Like Custom Motorcycles, You Will Appreciate This Custom BMW R100 Shed Built Trike 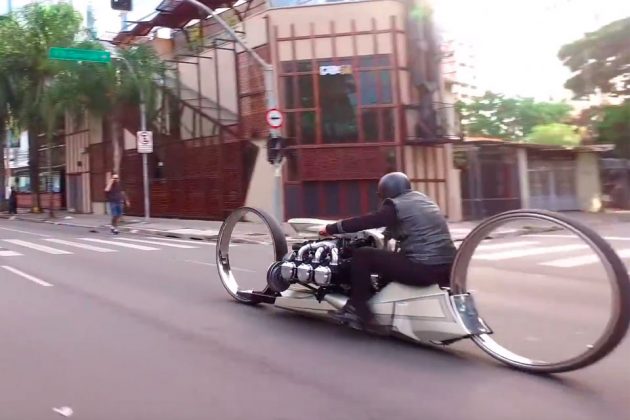 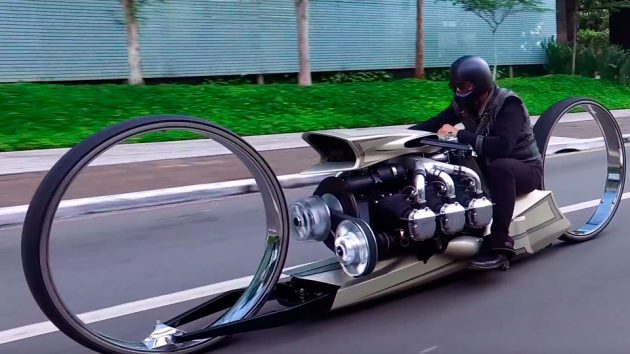