When Toyota decided to split up its Toyota Celica Supra, it was probably the best decision. Unfortunately, as awesome the move was, the Supra moniker did not last. It ended with the JZA80 model, Toyota’s most powerful production model, after 16 years (or nearly 25 years, and four generations, if you count the Celica-Supra era). Fast forward to today, Toyota finally confirmed that it is bringing back the legend. Yes. You heard that right. The legend lives! Or at least, it is going to live sometime in near future. And Toyota affirms the move with a compact, two-door coupe at this year’s Geneva Motor Show, called Toyota GR Supra Racing Concept. 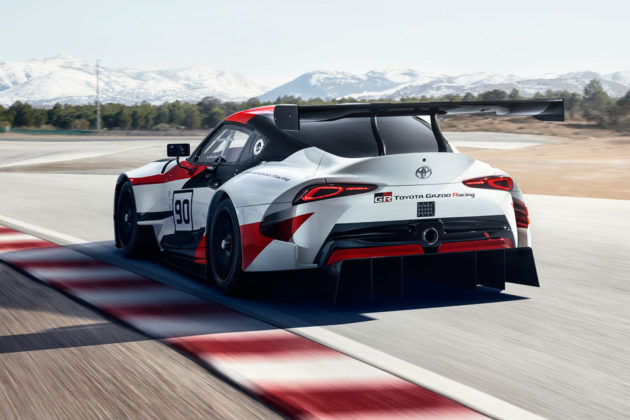 Like its legendary predecessors, it is a pure bred sports car, featuring a front-engine, rear-wheel drive configuration. This particular example in Geneva, created by Toyota Gazoo Racing, is dressed in racing colors complete with large “90” race number on its doors – a nod to the Supra’s codename. The concept is characterizes by a dramatic GT500-style bodywork that also include the requisite big-ass rear wing. With the advancement in material technology, components like hood, the front and rear bumpers, front splitter and rear diffuser, side skirts, door mirror housings and the aforementioned rear wing, all benefits from lightweight composite material. 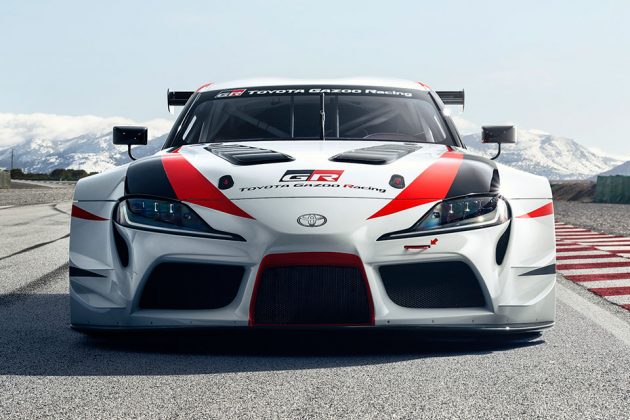 Further reducing the weight is with the use of plastic material for the windscreen and side windows. Also on the concept are original equipment lowered front and rear suspension, BBS racing wheels with center-nut attachment wrapped in Michelin racing tires, Brembo Racing calipers and discs, undisclosed make racing exhaust, and finally, it gets a cabin that fits the part (obviously), i.e. competition-focuses, surrounding the driver with a racing dashboard, OMP driver’s seat and safety harness, OMP quick-release steering wheel, racing column with paddle shift system, as well as carbon fiber door panels. 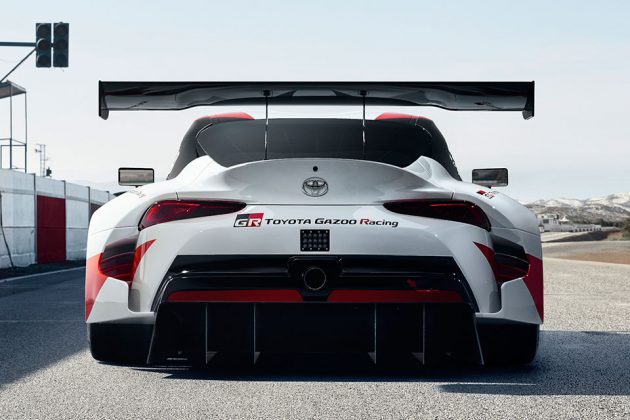 This being a race car, it is necessary for it to comply with competition safety regulations which sees the vehicle getting a full roll cage, fire extinguishers, and competition-grade fuel and brake lines, pedal box, battery and wiring looms. Unfortunately, this isn’t the car you will be expecting see in showroom. The Toyota GR Supra Racing Concept merely serves as a prelude of the fifth generation Toyota Supra. There are no official words on if this particular example will be competing in any race, local or internationally, or when the new Toyota Supra will hit the road.

My guess is, it won’t until (at least) late 2019. In the meantime, aficionados can quell their itching for the spanking new, race-prep GS Supra with the digital version through Polyphony Digital Inc.’s Gran Turismo Sport video game which will be available starting April 2018. 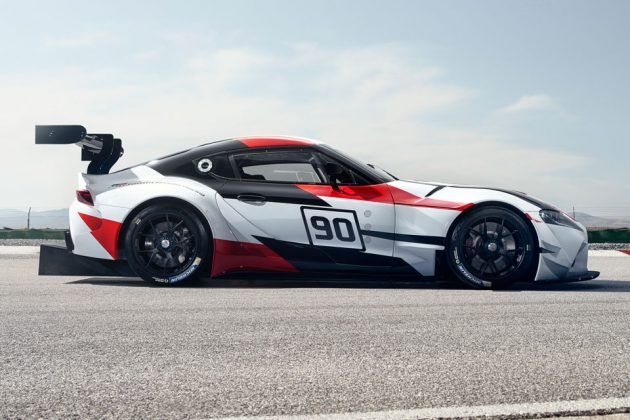 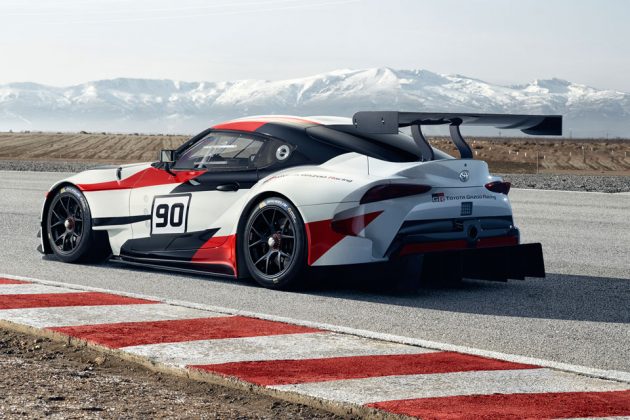 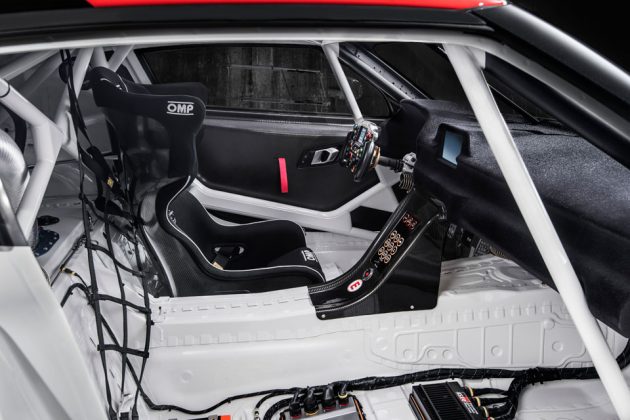 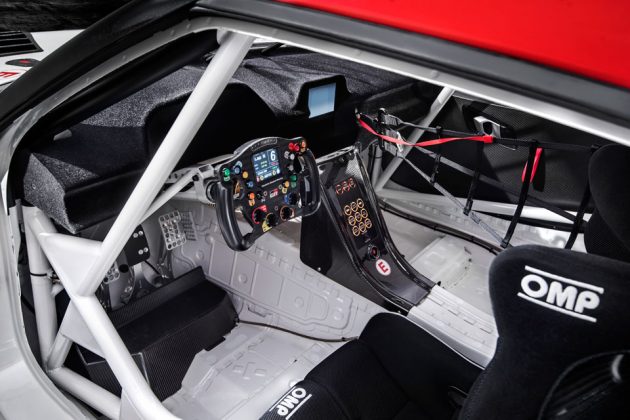