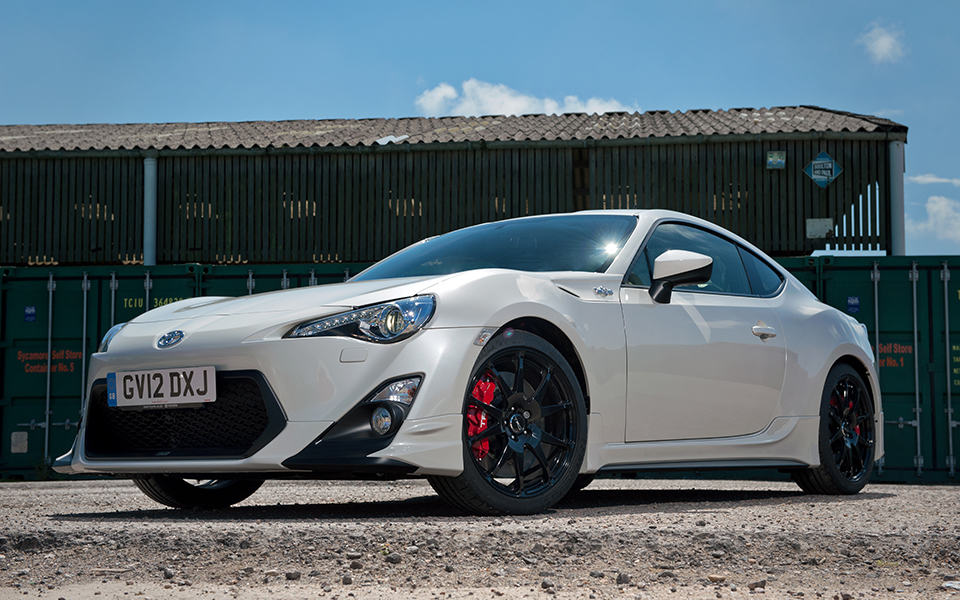 we thought the late 80s through to the 90s were the golden era for Japanese sports car. till today, we still reminisce the beautiful, sleek lines and powerful engines that these cars offered. alas, cars like the Toyota Supra (Mk IV, 2JZ engine), Nissan R32 GT-R, Mitsubishi GTO (or 3000GT in the US), Mazda RX-7 (FC and FD, 13B engine) and the likes, only exist as fond memories now. we can’t seem to move on, that is, until the GT86/BRZ sports coupe surfaced in recent time. will the GT86 (or BRZ, for that matter) spark a renewed interest in Japanese sports coupe? only time will tell. anyway, if the GT86’s regular look doesn’t strike you as much, perhaps the upcoming special edition Toyota TRD GT86 might. however, this TRD (Toyota Racing Development) pimped up ride is restricted to cosmetic touches plus some enhancements on the handling department, so it will still sport the same 200 horses (149 kW) 2.0-liter BOXER unit mated to either a six speed manual or a six speed auto gearbox.

externally, it features a lower front spoiler with aerodynamic fins fitted ahead of front wheels, wider side skirts, venturi-style under spoiler, a larger boot lid spoiler, a carbon fiber suspension strut brace, 18-inch forged alloy wheels wrapped in performance tires from Michelin and subtle details like a TRD badged oil and fuel filler caps. moving on to the inside, expect to be greeted by a pair of new sports bucket seats, a Sports Meter Link System that comprises of water and oil temperature, and pressure gauges, a new red push button start switch, as well as a TRD-badged gear knob. though the engine remains untouched, the handling aspect is given a boost with a new adjustable suspension system, thicker anti-roll bars front and rear, and a more powerful monoblock brake kit that consists of larger calipers with 355mm front and 345mm rear grooved and vented rotors. wrapping up the package is a new exhaust system for improve engine response.

the Toyota TRD GT86 will hit the UK dealers in January 2013 with a yet to be confirmed price tag. no word if this special edition will be made available elsewhere in the world though. click through for a few more look, courtesy of Toyota UK.