Unless you grew up in the 60s (or maybe even the 50s), chances are, you are not aware that Chrysler actually had a Turbine-powered passenger car that runs on kerosene, diesel or JP-4 jet fuel. It was kind of the big deal, because it literally has an aircraft engine powering it way before M1 Abrams and Putsch Racing iteration of Tim Burton’s Batmobile did. And not surprisingly, the car was born out of the supersonic jet engine age, where rockets and jets played a big part influencing the design and technology of car designs of the 50s and 60s. The Turbine car had a total of seven generations, all of which were prototypes that never saw the light of mass production due to cost of manufacturing as compared to standard internal combustion engine. 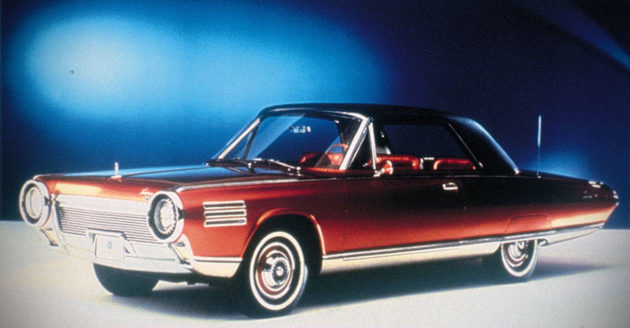 Chrysler did made 50 of them between 1963 and 1964 – all sporting bodywork crafted by Carrozzeria Ghia of Turin, Italy. They were never sold, but instead, were loan to members of the general public for a three month trial where as much as 200 families had a go with them. Subsequently, Chrysler made the decision to scrap the prototypes due to tax and import tariffs, leaving nine examples. Of the nine rides, three remained with Chrysler while the rest were given to museums, including Detroit Historical, Smithsonian Institute, Museum of Transportation, St. Louis, Peterson Museum, LA, and a private owner in Indiana, the Blackhawk Collection and Jay Leno.

NOW READ  The Most Expensive Movie Cars Ever Sold

Out of the nine surviving Turbine cars, only four are in running condition and one of them, the said 1963 Chrysler Turbine Car is currently on display as part of the Art and the Automobile historic vehicle exhibit at the 2015 Canadian International Auto Show in Toronto, which runs between February 13 and 22, 2015. If you in and around Toronto, you may want to pop by to feast your eyes, but you probably won’t be to hear the engine growling though. Keep going for a Chrysler Turbine Car marketing video and also one clip where you can actually hear the jet engine screams. After seeing the later, you will know why it never made to the series production (apart from cost).