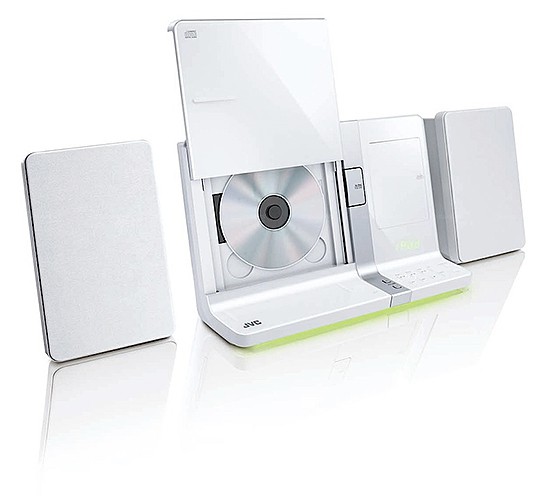 Victor JVC has recently announced a pair of sound dock that will hit the stores in Japan from mid-July on. the pair, UX-VJ3 and UXVJ5, are not your usual sound dock cos’ it is among the rare few that can dock both iPad and iPhone (or iPod) at the same time. when it comes to sound dock, the connectivity offered is often being scrutinized and this pair definitely is not lacking of them. they features video-out, PC-in, as well as audio-in connection. other common features between the two models are FM/AM tuner and a 2 x 15-watt power output.
[ad#Google Adsense-text-468×60]

additionally, the UX-VJ5 model also features a built-in CD player, FM/AM tuner, and a single USB port that can accept external flash drives for MP3 and WMA playback. it can even rip music CDs in MP3 format, directly into external USB devices. prices are still unknown at this point in time but as you may have guessed it, it will be another Japan-only gizmo that we gets to read about and probably drool over. 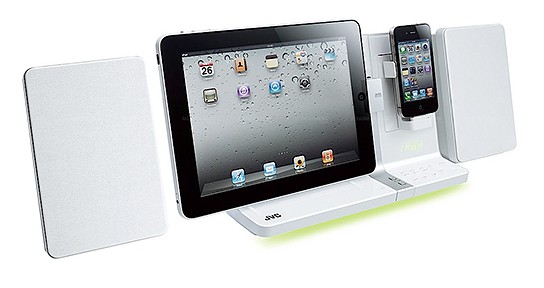 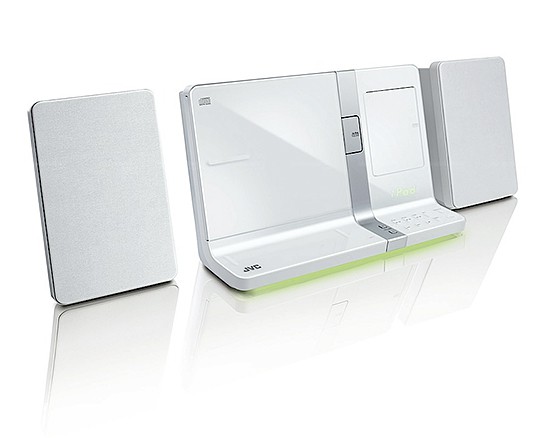