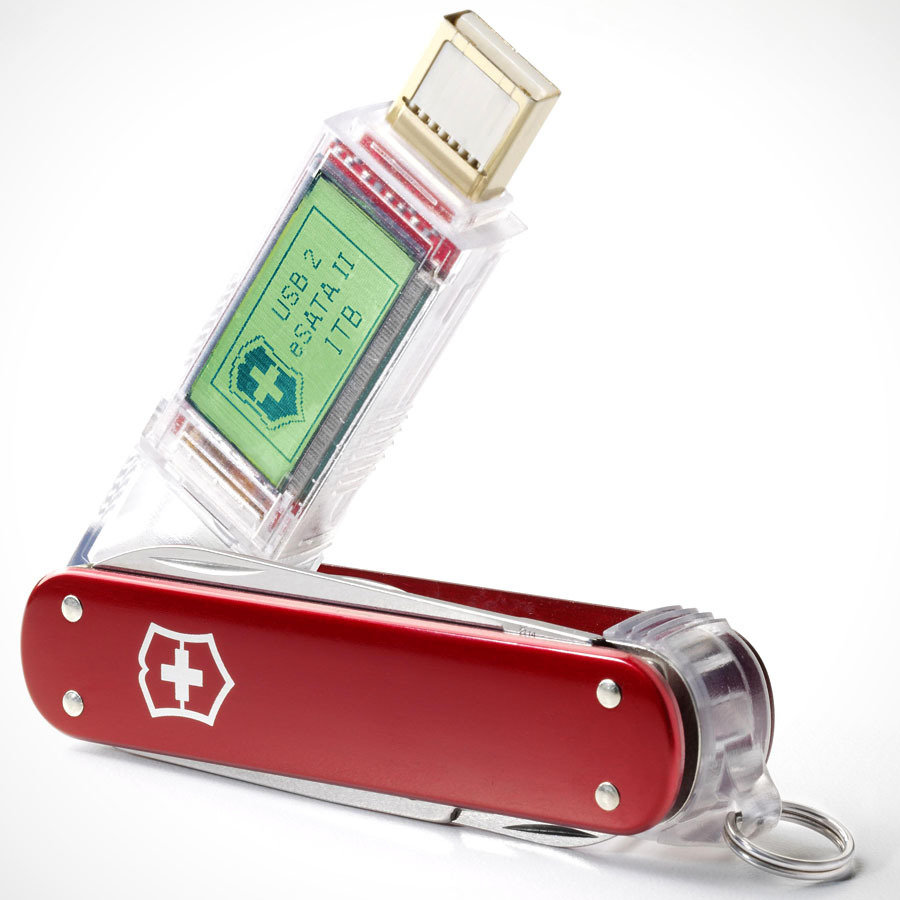 Victorinox Swiss Army (VSA) is most notable for their pocket knives and in recent time, they have included USB flash drive as part of its pocket knife function. in a rather fitting move, it has now up its ante by offering digital storage in the form of Solid State Drive (SSD) with up to 1TB storage capacity. basically, you will find the familiar tools like cutting blade, scissors, nail file with flat screwdriver tip, LED/laser pointer, along with a SSD that supports 256 AES encryption. the SSD comes with a Bi-Stable graphic display (better known as E-Paper) for labeling of your contents. another notable feature is its single connector that is designed to fit both eSATA II/III and as well as USB 2.0/3.0. each SSD comes equipped with two type knife bodies: a flight-friendly body, that will not land you in a “full cavity check” and the other being the standard body equipped with the aforementioned tools. the Victorinox Swiss Army SSD will be offered in 64GB, 128GB, 256GB, and 1TB capacities and is expect to carry a retail value of $3,000. wow. honestly, i can’t figure which part of it that makes it so pricey. larger images awaits after the break.