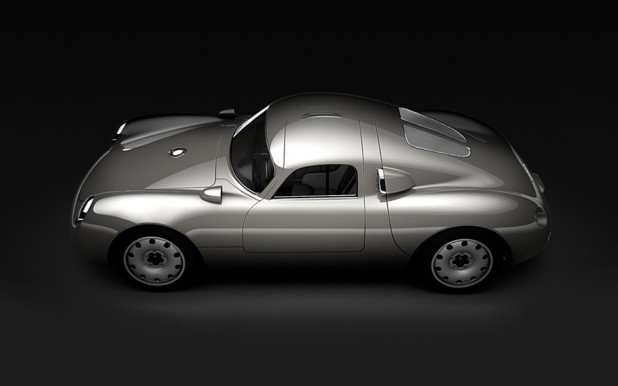 to recreate a celebrated classic sports car is no small feat. especially when the car in question is the classy Porsche 550, a vehicle designed primarily for auto racing that had its fair share of both glory and somber past. instead of rebuilding a 550 which itself is a rarity and expensive or making a replica, French firm VINTECH has created a modern iteration of the classic 550 dubbed as VINTECH P550 Tribute. while keeping to the 1950s 550 original sleek lines, VINTECH has updated it with 21st century technologyVINTECH, Porsche, Sports Car, Coupe, D3 Group such as full carbon fiber body, and a 3.0-liter four-cylinder Boxer engine mated to a five-speed manual gearbox that drives the rear wheels. despite sporting a bigger power plant, the Tribute is said to weigh in at just 550 kg (1,200 lbs), just like its original that together with the unit’s reputed 270 hp output, should make this a pretty quick ride. VINTECH will be showing off its P550 Tribute at the “The Quail, Motorsport Gathering“, happening on the August 17th this week. click past the jump for a larger view, along with a few renderings of the VINTECH P550 Tribute.