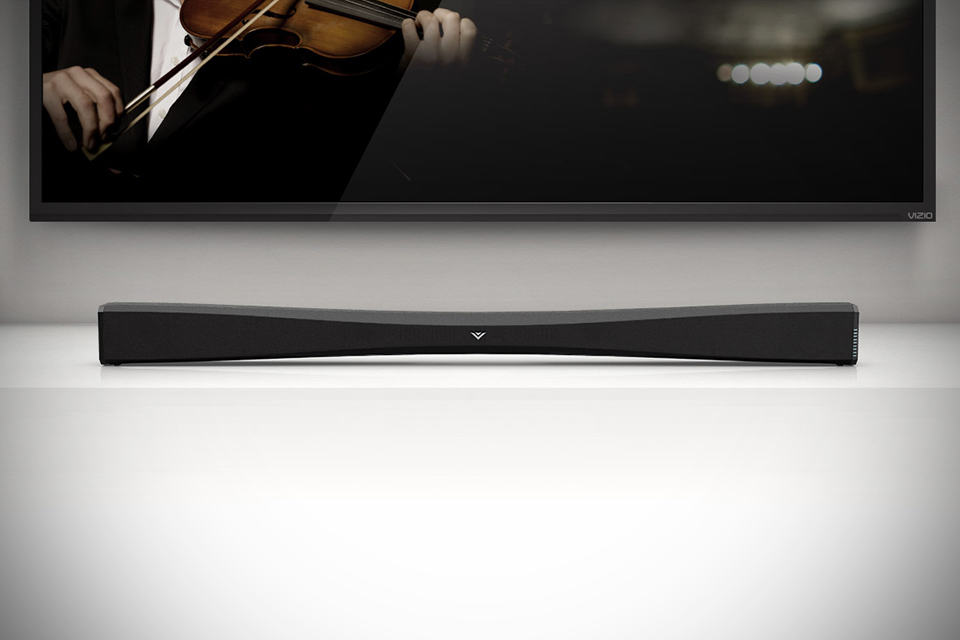 putting sound aside, we think sound bars are looking like duplicates of each other unless you are talking about super high-end stuff like the Panorama 2. but not having the money to splurge doesn’t necessary mean relegating to the fate of looking the same like the majority and the Vizio E-Series Sound Bar is one good example of looking a wee different but yet not burning a hole in your pocket. costing a mere $99.99, this sleek sound bar strikes us more (more than the higher spec M-Series) with its distinctive front profile that looks like no other sound bars in the market. from the front, the sound bar immediately stands out with its high-to-low-to-high front facade, bestowing it with a ‘waistline’ of sort. well, maybe that’s just us but it certainly breaks the monotony of rectangular pieces. beautiful as it is, it is still an entry-level sound bar and hence, feature-wise is bare minimal, consisting of a pair of 2.75-inch full range drivers with support for sound enhancement technologies including SRS TruSurround HD, and SRS TruVolume and the usual garden varieties of connectivity including RCA analog audio-in, 3.5mm audio input jack, an optical-in, and a subwoofer out. it does come with a remote control in addition to hard buttons for power, input and volume control on the sound bar itself. and it is of course, wall mountable too. if you are looking for something to boost your TV audio without having to face myriad of speakers or worst, an uninspiring rectangular piece, then look no further than the Vizio E-Series Sound Bars. there’s also a 2.1 system that comes with wireless subwoofer with a 6.5″ low-frequency driver going at $199.99.