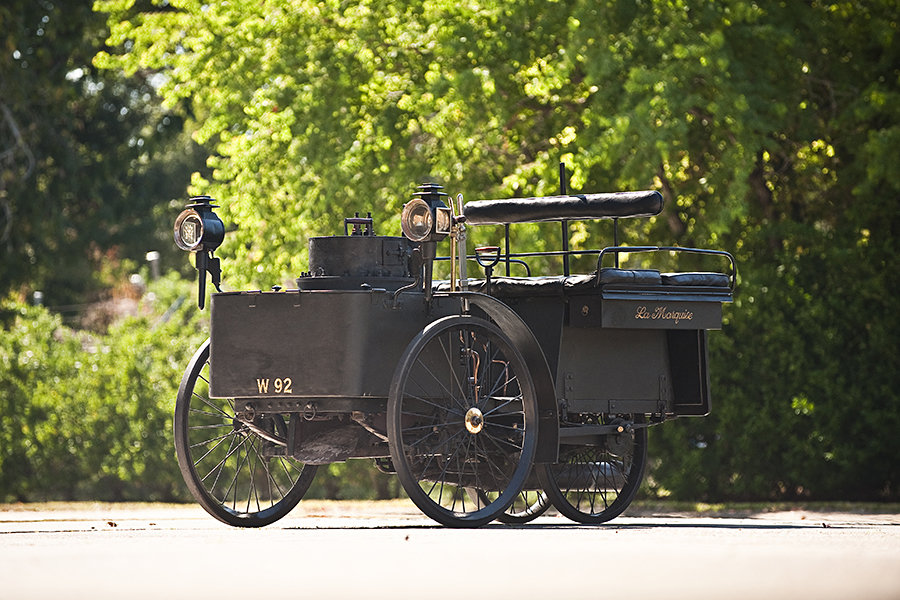 among the excitement of the ongoing Frankfurt Motor Show, sometimes it is nice to take a step back and reminiscent about the forefather of automobiles, like this 1884 De Dion Bouton Et Trepardoux Dos-A-Dos Steam. yup, it is a steam engine powered automobile, a technology that powers our automotive – most notably railway trains – before internal combustion engine came about. this twin compound steam engines automobile feature “spade handle” steering, solid front and rear axles and semi-elliptic springs, single-acting mechanical brakes and locomotive-style connecting rod motion.
[ad#Google Adsense-text-468×60]

modern day motoring enthusiast are quick to forget how automobile begin but for those true-blue automobile fanatics, and steam engine aficionados alike, this 127-years old car is nothing short of awe-inspiring. the good news is, you will have chance to own this piece of automotive history (or steam engine history, if you prefer) when it goes under the hammer at the Hershey sales organized by RM Auctions from October 6 – 7, 2011. the 1884 De Dion Bouton Et Trepardoux Dos-A-Dos Steam is expected to fetch between $2 million to $2.5 million. hit past the jump for a gallery of this steam-powered vintage car.