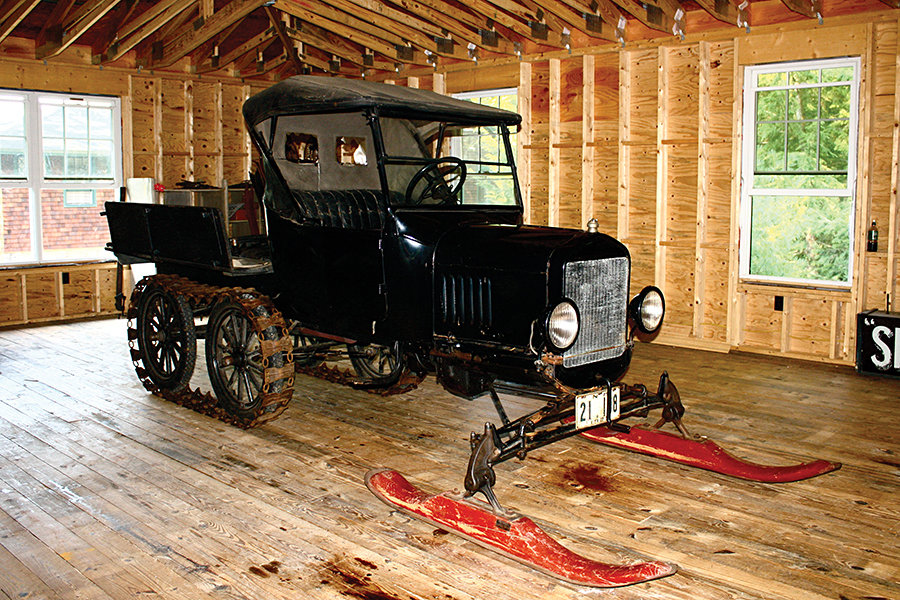 ok, maybe this isn’t the first snowmobile in the world but it could count as one of the first to be converted from a commercially available popular vehicle. the man behind the conversion was inventor Virgil D. White who designed this patented snowmobile conversion kit for Ford Model T which was sold for $400 (or $750 for the complete vehicle) during its time. first marketed in 1923, it only managed a sales of just 75 units but sales soared quickly when many saw this vehicle in action. this particular example here is one of the first 75 units sold and it will be heading to the Hershey sales this October with an expected price of between $40,000 to $60,000.
[ad#Google Adsense-text-468×60]

the vehicle is equipped with a 176.7 cu. in. (2.9-liter) four-cylinder inline L-head engine that puts out a modest 20-bhp, and mated to a two-speed planetary transmission. other features include solid front axle with transverse semi-elliptic leaf spring, live rear axle with cantilever semi-elliptic leaf springs, transmission service brake and two-wheel mechanical drum parking brakes. despite of its age, it seems nothing has been lost (though we can say the same for the engine power) as both stock wheels suitable for normal dry roads will come with the original metal tracks and original skis for navigating the snow and ice terrain. another look of this vintage after the break. 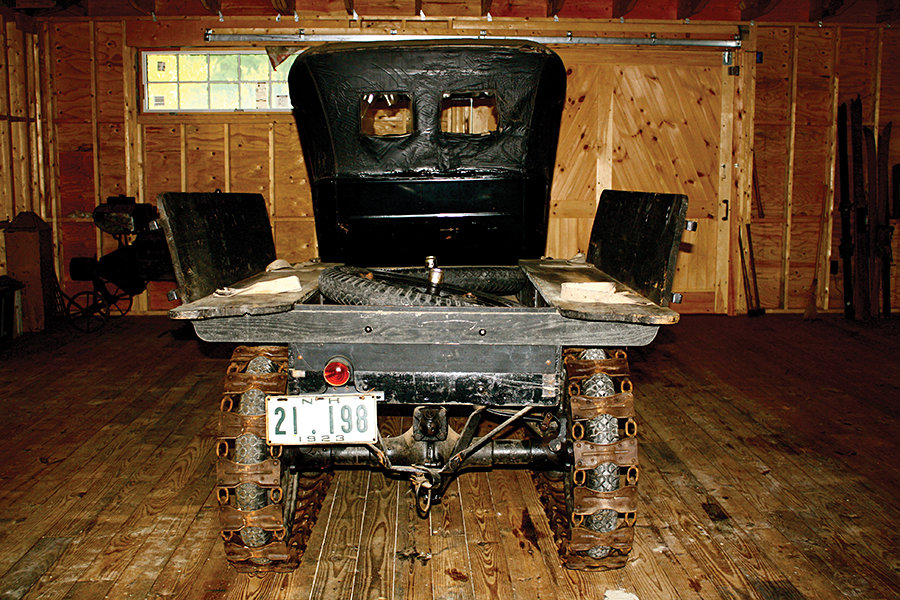