Most rich person can afford a Formula 1 car if they want, but if you want one that legend was made, like this 1993 McLaren-Cosworth Ford MP4-8A Formula 1 Racing Single Seater, then you will have vie with fellow rich folks. This racing open wheeler is no ordinary Formula 1 race car; it was ex-Ayrton Senna Formula racing car that broke record at the 1993 Monaco Grand Prix. 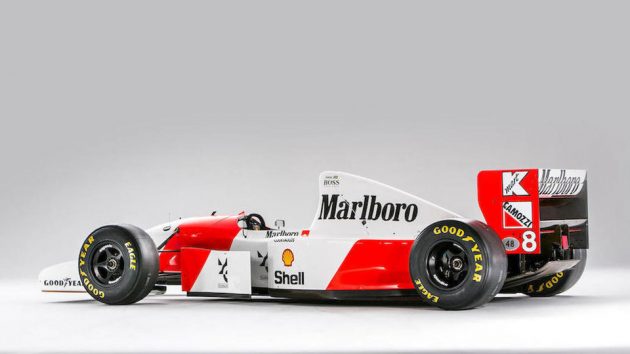 It was the legend’s record-breaking sixth and last Monaco Grand Prix winner and the rarest of rare example. And it is fully functional which means, you can probably hit the track with it if you want to. The chassis, engine and gearbox numbers (MP4/8-6, 510 and 2, respectively) are all in order, matching those of Senna’s 1993 Monaco Grand Prix winning ride. 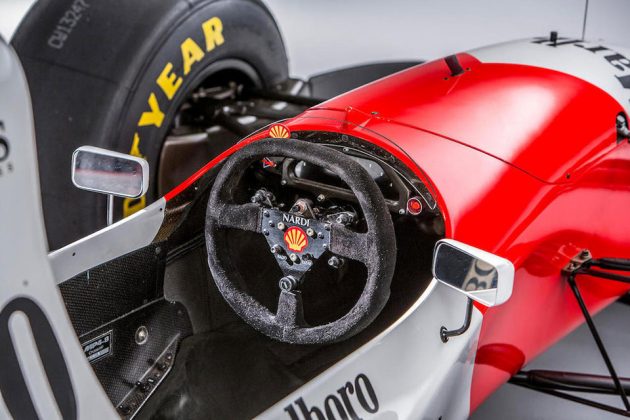 It is powered by the same engine, a V8 Cosworth-Ford ‘HB’ serial 510 motor, and the serial 2 gearbox, that Senna used ti bagged the top spot in Monaco. This brilliant living and breathing historical race car comes complete with the livery used on that glorious day, featuring the now-frown upon Marlboro branding, and it will go under the hammer (Lot 119) at the Monaco Sale ‘Les Grandes Marques À Monaco’, happening on May 11, 2018 at 18:00 CEST at Monaco, Villa La Vigie. 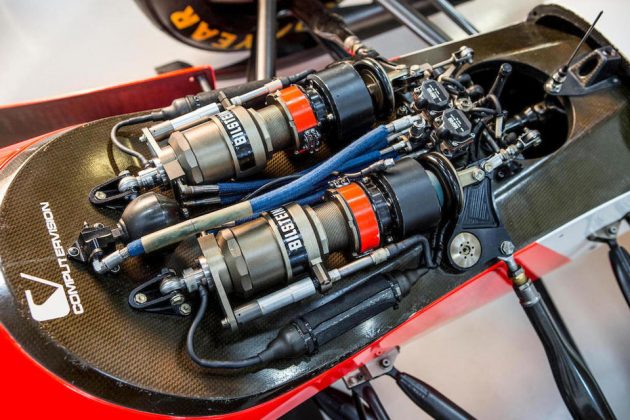