Folks in Europe who are drooling over U.S. variant of Ford Mustang GT that has 460 horses can stop doing so because, Steeda, “the world’s largest privately-owned Ford performance-based specialist,” has a turnkey Mustang that draws 480 HP out of the 5.0 V8 motor aimed squarely at the EU market. And Steeda is giving it a intimidating name to match: Q500 Enforcer. The Ford Q500 Enforcer Mustang is part of Steeda’s SSV range of tuned Fords and with 480 ponies, it has 70 HP over the stock model’s 410 HP and 70 lb/ft (95 Nm) torquier, at 485 lb/ft (658 Nm). 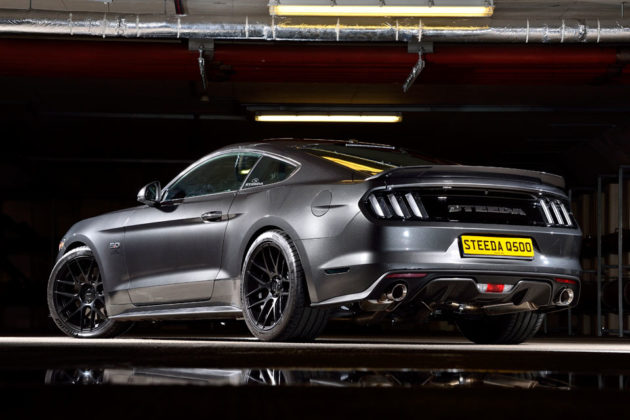 Engine mods responsible for the power boost include a bespoke cold air intake system, revise engine mapping, and a custom exhaust. In addition to bumping the motor’s performance, the Q500’s handling also gets a boost through tuned chassis and suspension that are track tested. Not only did the Q500 gets adjustable suspension and chassis upgrades, it is also bestowed with bespoke front and rear adjustable anti-roll bars that are thicker and secured with solid billet ends and mounts. Further upgrades include progressive rate springs, strut tower brace, upgraded bushes – all worked to achieve a lower stance, while Steeda’s sub frame alignment kit is introduced to rectify the misalignment caused by a difference in bolt and hole size plaguing some some factory cars. 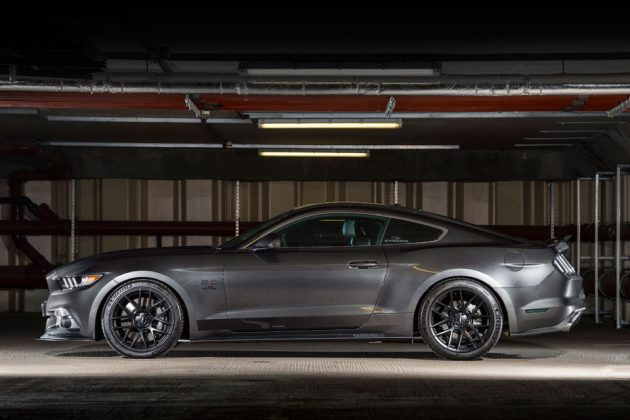 Rounding up the package is what Steeda refer to as “factory-plus” look which involve subtle exterior styling to, in the company’s words “tighten the Mustang’s iconic lines.” The updated aesthetic is indeed subtle. Untrained eyes will not be able to tell the difference, TBH, and perhaps, is a good thing for those who have a distaste for loud, over-the-top look. As far as exterior styling is concerned, it gets a discreet splitter, polyurethane duck tail – just to name a couple. There are more options for those who have the financial muscle to flex, but we will leave it to you to explore.