One thing that will never not appeared in a big electronic show like the CES is TV. There are abundance of them on the show floor at CES from companies big and small, but we are all ears for what Sony has to offer with its new A8F 4K HDR OLED TV with Acoustic Surface. It is not immediately clear that the official product name, A8F 4K HDR OLED TV, is also about sound – a department which not many TV has a reason to show off. But A8F has a lot to be proud about because, if it delivers as it has promised, you may very well never need a sound bar at all. 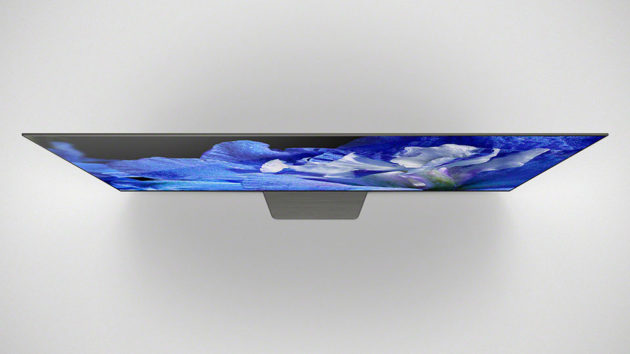 First, let us explores what a sound bar does. It is supposed to give your TV the extra oomph in sound reproduction, usually with the addition of more capable speakers and woofer, and sometimes, software tweak that forces virtual surround sound. Well, you know what? The A8F does all that without a chunky sound-generating bar straddling across it. It has want is known as Acoustic Surface which Sony proudly proclaimed as “the greatest sound you have never seen.” How? Basically, it has sound-creating screen, i.e. sound is designed to project out of the entire display so that the audio will feel more harmonized with the images that you are seeing. Here’s how:

“With Acoustic Surface™ technology, sound comes directly from the screen. Two innovative actuators behind the TV vibrate delicately to create sound that moves within the picture so dialog and special effects can be heard from precisely the right place. A subwoofer provides deep and powerful bass for dynamic action scenes.” 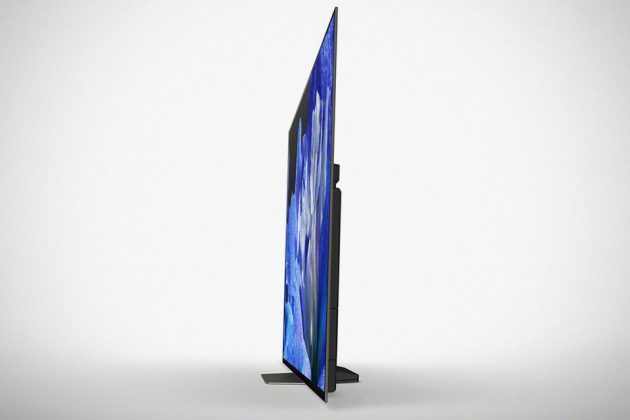 Crazy, eh? I wonder if it will effect the 8 million self-illuminating pixels it touts in long run? I mean, vibration, however delicate, is not a friend to anything in this world, right? Well, except, for erhmm, you know what. In addition, you get the usual of a Sony sound bar, including Sony ClearAudio+, S-Force Front Surround PRO, Bluetooth connectivity, and even integrated subwoofer. Yep. That sure sounds like a sound bar being integrated into a TV, alright. Those are not it for audio reproduction. There are also Digital Sound Enhancing Engine (DSEE) and Clear Phase. 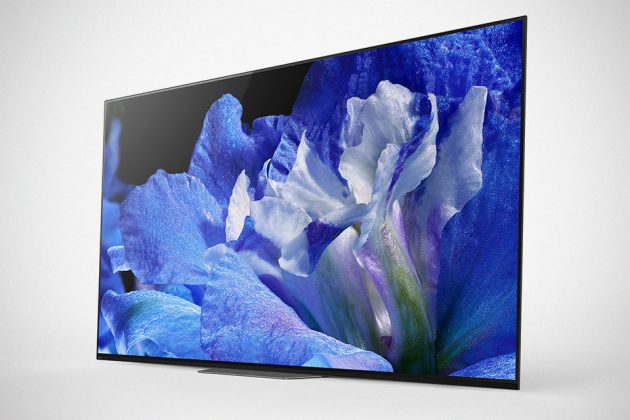 If you think the feature list is going to end here, well, it is not. This slim frame TV also touts current Smart TV rage, including Google Assistant, works with Amazon Alexa and it, of course, has Chromecast built into it too. It connects to Google Home, btw, so you can find and cast your favorite videos to A8F with touching the remote And oh, you know it is an Android TV, right? Which being so, you are open to access to millions of apps available on Google Play store. Entertainment. Boundless. Also known as ‘there is not reason to leave home like, ever’. 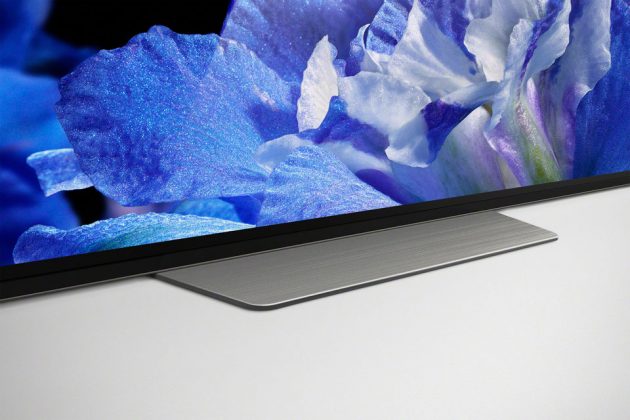 Last but not the least, it is all about style without clutter. In addition to the ridiculous narrow bezel (in relation to the screen sizes of 55/65 inches, that is), A8F wants to declutter your TV, even around the back, and it does so with a cable management built into the TV’s unique stand. Pricing and availability are not known at this point, but it becomes available, it will be through popular on and off-line outlets, including Amazon, Best Buy and other authorized dealers.

All images courtesy of Sony UK.