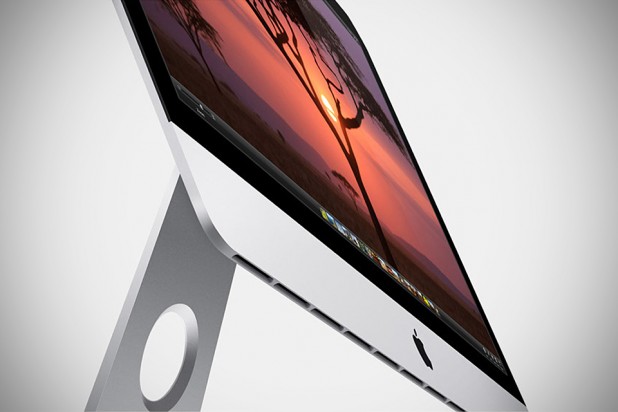 in the Apple ‘mini event’ earlier, all eyes have been trained on the iPad Mini but there’s another significant announcement that had us pretty thrilled and that’s the all-new Apple iMac. in our humble opinion, this real update is long overdue. sticking to same offering of 21.5-inch and the 27-inch models, the all new iMac most striking feature is the volume: it is up to 40% less volume than its predecessors and it’s just 5mm thin at its edge. though as much as we wish that the entire all-in-one is that thin but still it has to stuff in goodies such as up to 27-inch LED-backlit display with IPS technology (offers up to 2,560 by 1,440 resolution) with 75 percent less reflection while still maintaining vibrant and accurate colors, up to 3.2GHz Intel i5 quad-core processor (further upgradeable to 3.4GHz i7) with standard 8GB of 1600MHz DDR3 RAM (again, upgradeable up to 16GB or 32GB), standard 1TB HDD, option for ‘Fusion Drive’ that combines the benefits of traditional HDD with flash storage, NVIDIA GeForce graphics up to GTX 675XX, FaceTime HD camera, and it now has both the USB 3.0 ports (a quad of them!), as well as Thunderbolt ports (a pair), plus a SDXC card slot, along with the usuals such as Mini DisplayPort out that support DVI, VGA, and dual-link DVI, Ethernet port, WiFi, Bluetooth 4.0, and of course, it comes preinstalled with the latest Mac OS X Mountain Lion. also, it comes bundled with Apple Wireless Keyboard and Apple’s ‘Magic’ duo, the Magic Mouse and Magic Trackpad. the 21.5-inch Apple iMac will be landing this November with a starting price of $1,299 while the 27-inch is expected to hit the stores in December with a starting sticker of $1,799.